When There is No Right Answer~ 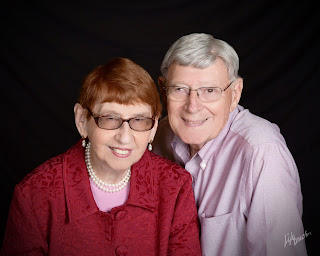 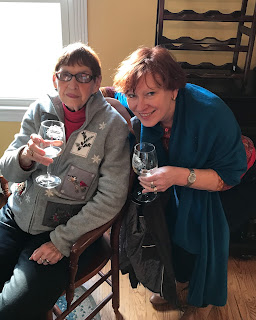 My 86 year old mother is in hospital in Indiana and I feel helpless. She is fiercely independent except for her unparalleled reliance on my father. In 2016 she has dealt with pelvic ring fractures and sacral fractures associated with osteoporosis, recurrent breast cancer requiring a lumpectomy followed by a mastectomy and 37 radiation treatments, and now kidney and liver degeneration resulting from dehydration and resistance to acceptance that aging and heath concerns require time for healing.

My siblings and I feel bereft. We’ve been cautioned to refrain from rushing to Indiana from Virginia, Texas and North Carolina lest our mother interpret the collective visitation as last rites. We feel fear, sadness, guilt, unease, trepidation, grief, frustration, and a bit of anger that we are not wanted at her bedside. We understand and yet don’t. 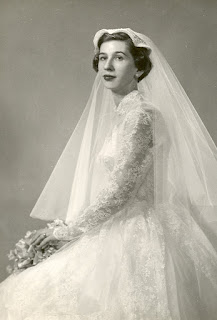 As the scions of fiercely independent parental units we understand their need to remain self sufficient. However, we also have a bit of resentment that our collective need for information and feelings are secondary or tertiary. Our parental units are codependent partners of 62 years, a love story, a partnership, a force of nature, a marriage of equals who have loved, lost, built, sustained, shared, laughed, cried, prayed, studied, taught,  and supported one another for more than 6 decades. They want to protect us and they want to shield themselves from our “hovering”. It is a delicate tight rope walk to honor their preferences and fulfill our own desires and needs.

Ultimately, however, we cannot allow our selfish wants to interfere with their needs and desire to walk this path - wherever it may lead - alone. I am struggling. I am resistant. But if by staying home we give Mom hope, no matter what it may cost us, it is the right thing to do. Damn! Adulating is hard!
Posted by Vivian Harrington at 10:50 PM No comments:

Woulda, Coulda, Shoulda…..Had I made different decisions in 1988 would I now be at the top of my game professionally? Would I be happy in my personal life? Where would I be?

In 1988 I made the decision to give up my job as a claim supervisor in Dallas, Texas to follow my then husband to Taiwan. He was offered a position as an international sales manager. I would have to give up my career and follow my spouse as a dependent unable to work to a foreign country where I did not know the customs or language. I learned quite a lot! I knew if I rejected the opportunity I would forever regret that I’d rejected the chance to live in Asia. I had to go! I’d always dreamed of visiting China! I’d also dreamed of becoming a Vice President at 30. But the call of adventure overrode my determination for professional success.

Ultimately, circumstances brought me back to the USA five years later and I found myself needing a job and trying to figure out how to explain my absence from the market for 5 years. Essentially, I found myself starting over at 36.It was a difficult realization. The real world marched forward while I was performing the role of expatriate wife in the surreal world of the dependent spouse supporting an international corporate representative in a bubble devoid of reality or any association with the real world.  Then, all came crashing down. I had to pick up the pieces.

Thanks to the support of my dear dear friend Cindy Bennett,  I had a place to use for a base  and got a job in my former industry and fought my way back to  my professional ground zero. Things had changed. I’d gotten older and was no longer the golden child. I had to compete in a corporate environment that had transitioned. I was no longer the only woman in the office - a good thing but…..I had to face altered dynamics. The competitors were no longer men. Now I had to navigate the challenges of women competing against on another - an entirely different ballgame.

After several years back in the game I’ve found myself at a peace. I have a job that I truly enjoy. I’m afforded privileges I could not have imagined at the beginning of my career. I have earned everything that I’ve achieved. It took a long time; but I do feel appreciated. There are times I consider that I should be farther along my path; but I did make choices along the way that had some repercussions. And I have no regrets.

I learned many lessons during years I spent in Al Anon thanks to somebody that has not been in my life for many years, learning the tools  I need to live a full life, to accept what is, and to appreciate that I am where I am supposed to be. Had I not made the decisions that I did make, I would not have traveled the world, lived in Asia, learned to embrace change, found the job that I currently have, met my wonderful husband of nearly 11 years, and found peace, serenity, and an understanding of who I am. I accept the decisions that I’ve made and embrace the results
Posted by Vivian Harrington at 11:02 PM No comments:

The Republican Voter the Media Ignores~

The liberal and conservative media tend to ignore the moderate Republican voter. We are not disaffected rust-belt white men, Wall Street tycoons, the alt-right, evangelicals, racist /  misogynist / homophobic / xenophobic “deplorables” as defined by Hillary Clinton. Most of us were not and are not ideological supporters of president - elect Trump. 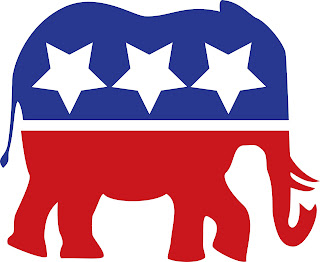 Many moderate conservative voters are just like me - a college educated woman who was raised to believe that every human being should be treated with kindness and respect regardless of race, gender, national origin, sexual preference, religion, socio-economic level, political ideology, disability, education, marital status, type of employment, carmaker & model, mode of dress, physical looks, size, or “side of town”. The concept of discrimination, hate, prejudice, judgment, or rudeness was not on the radar of  a girl growing up in a small town in north central Indiana in the 1960’s and 1970’s, the child of Hoosier born elementary school teachers - one Catholic and one Protestant, the son of a farmer and daughter of a plumber, the first of their families to attend college, both born at the beginning of the Great Depression and graduating high school at the end of WWII.

My parents raised me to believe that hard work, playing by the rules, focus on studies, and an understanding that no job was beneath me could give me the tools to live a good life. My parents struggled to give us opportunity and a college education. I worked in a hospital kitchen, as a waitress at a diner, at a radio station, and making pizza. These jobs helped me save money to travel to Europe, pay for extras at college, and understand that this was not what I wanted to do for a career.

At university I studied languages, English, history and political science. I learned that the Swedish social welfare state was not the type of society that appealed to me. Political science and history studies reinforced my belief in the beauty of the US Constitution and the Bill of Rights.

I’ve lived in Asia and Europe and saw that the American way of life and republican form of government is the envy of the world. From Hong Kong to Indonesia, to Vietnam to Malaysia to Italy and Britain I saw that we Americans have the highest standard of living, the fairest elections, the greatest freedoms, the most advanced technology, and the best opportunities to reach for the stars and attain the goal.

My fellow moderate Republicans support a woman’s right to choose, stem cell research, racial equality, gender equality, the right of the LBGT community to marry, and open arms for legal immigrants. Every person deserves an equal chance for a job at equitable salary, the right to cast a vote, the freedom to live in any community, fairness in loan applications, and the right to equal opportunity.

I was taught not to judge another unless I’ve walked a mile in his or her shoes. We tend to forget, however, that American society believes in a “pull yourself up by your bootstraps” ideal.  Work hard and earn your way. I do not believe that people should be given something just for existing.

During my adulthood I have voted for third party candidates, Republicans and Democrats. This last election, however, caused me pain. Despite the fact that I would relish having a woman as president, Hillary Clinton could not be that person and represent what I believe in. I could not vote for her merely because of her sex. I do not believe in dynasties in America and could not send the woman of Whitewater, the Rose Law Firm, and dishonest rhetoric to the White House. I knew a lot of diplomats during the Clinton White House and heard too many disturbing stories to return that corrupt lot to power.

Trump is not one I would have chosen to represent the American people. But it was time for change. The vitriol spewed by the liberals is nothing more than a new form of discrimination against people for exercising their rights. It is like George Orwell’s thought police. Believe as I do or you are an enemy. This is not American. In fact this seems more Soviet or totalitarian- the idea that it is okay to censor thought, opinion, speech that one disagrees with.

Many of my friends, coworkers, associates, family members, neighbors, and others that believe in the Constitution, states’ rights, the rule of law, that all should earn their way, and that we should keep the wages we earn by hard work are the typical Republican voter.
Posted by Vivian Harrington at 9:34 PM No comments: