This evening during my post aerial yoga dinner and wine with a friend we began to discuss our mutual love of classic literature and the dissatisfaction we have experienced with recently published fiction. Modern authors of fiction who are lauded by reviewers and the media rarely satisfy those of us who appreciate the prose, turn of phrase and plotting of the finest writers of the past. We both admitted we have begun rereading the books that previously filled our hearts and minds with wonder and have vowed to read those we missed. 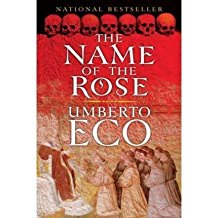 One of our greatest criticisms of books published during the recent past is the formulaic plots that place the same characters in similar circumstances following recognizable paths that lead to essentially the same conclusion. This treatise pertains only to fiction - including those offerings styled as “literary fiction”, which are often purchased merely because of the hype but not actually read by those who buy them.

Most recently released fiction I have termed “mind candy”. Even those authors who have previously delivered really good reads seem to be resting on reputation. And I am still puzzled by the extraordinary hype surrounding moderately interesting but flawed offerings such as “Gone Girl” and “The Girl on the Train”. These stories just do not measure up to the brilliant novels of Steinbeck, Dickens, Melville, Dostoevsky, Dos Passos, Fitzgerald, Hemingway or Tolstoy.

Instead of researching the latest books on Goodreads or Bookbrowse, I plan to look for copies  of the classics I loved or always wanted to read such as:

Posted by Vivian Harrington at 9:34 PM