Capitalism With a Conscience 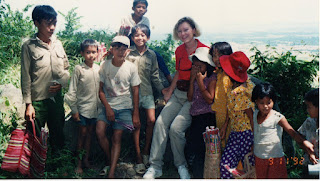 I believe in capitalism with a conscience. My husband thinks I should refrain from political commentary in this hyper sensitive age to avoid potential professional backlash. But, that is not how I am wired. My parents never stepped away from the fray if they held strong feelings. I’ve lived in Taiwan and Hong Kong. The saber rattling by Peoples Republic of China ( ‘PRC’) is at its most distressing since Tiananmen Square. At that time I was an expatriate living in Taipei. Taiwan was a fledgling democracy that had made huge political and economic strides since that time. Hong Kong was the most capitalistic place I’d ever experienced. The energy of the place was thrilling. I loved every second of my three years in Hing Kong despite personal turmoil.

The British and PRC made a deal to preserve the freedoms of Hong Kong for 50 years. PRC has breached the agreement. I am not surprised. PRC never intended to comply. PRC has always threatened Taiwan and refuses to recognize Taiwan as a free and independent Republic. The western world has failed Taiwan and Hong Kong by pandering to PRC for money. It is a disgrace. It is inconceivable that any free government with any sense of honor would continue to support this oppressive regime.

Apparently few remember the Cultural Revolution, the starvation of millions of citizens, the reeducation camps, the theft of personal property, the execution of intellectuals, the continued theft of intellectual property, and the wrongful arrests and repression of private citizens that oppose freedom.

Coca Cola, P & G, the NBA, Nike, NBC, the Biden’s and multitudes of other American corporations do not need China to return dollars to stockholders. Pandering to China is anathema to the American psyche. The only explanation is greed. Pure and simple greed. I will not watch the Olympics. I will not buy goods from pandering organizations.

And anybody who ignores the plight of the Uyghurs is no better than those who turned a blind eye to Hitler. Shame!

Posted by Vivian Harrington at 10:01 PM