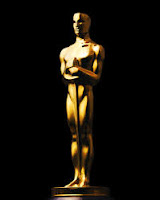 So during the broadcast of the Academy Awards on Sunday night, we ate pizza, Todd calibrated his telescope, and I read a book. I didn’t even check to see who won this morning.
Posted by Vivian Harrington at 9:32 PM