What One Learns Living Outside the USA 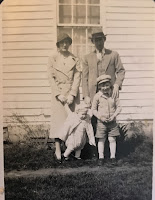 My life has been remarkable in that I have had the opportunity to travel. I am grateful for my good fortune. In 1976 I traveled with my high school French teacher and fellow students to London and Paris at the tender age of 16 It was the year of the American Bicentennial, which was an interesting time to visit Britain.

My parents afforded me the chance to study in the UK and Paris during my sophomore year at university. I spent a year in Lincolnshire studying and traveling and a summer at the Sorbonne in Paris. 1978-1979 was a tumultuous time. Fellow students at Harlaxton College outside Grantham included citizens or Iran, who were fearful of the safety of their family members during the revolution. I learned quite a bit about the vagaries of safety and life during that time. I also had the chance to travel between terms with a few friends, some bravado, a backpack and about $800. I learned that I could be frugal, wash my hair in cold water, eat street food, and get by with three outfits for six weeks. I will say that my one night in Belgrade was a bit dicey. But I survived and had a lot of stories to tell.

But it wasn't until I moved to Taipei, Taiwan in 1988 that I truly learned to appreciate the extraordinary good fortune I have to live in the USA as an American citizen. We are blessed with plenty. The options we have in the typical grocery store are unequaled anywhere else in the world,

My experiences have confirmed my youthful ideology that we Americans have the best standard of living in the world, the most sophisticated health care, the widest array of food, the most comfortable houses, the most diverse citizenry, the most enviable privileges, and greater freedoms than any other nation on earth. Our Republic is the envy of the world. There is a reason people want to come here. It is for the opportunities that are not available on any other corner of the earth.

Citizens who denigrate our Republic, our government, our way of life, our good fortune - who criticize the founders of our nation because they do not meet the current standards of diversity, who opine that European settlers were somehow proponents of genocide because of the Manifest Destiny propagated by the federal government, have not studied world history. Throughout time areas of land and the people who inhabited that land have been conquered and displaced. From a modern perspective this may be considered heinous. But, that is not how people who came before us thought.

We really have no right to judge those who lived in another time. I know that I cannot purport to understand what lived in the minds of a man or woman from the 15th, 16th, 17th , 18th or 19th Century. We can look at history through a modern lens and agree that we no longer accept those norms. But I cannot accept that it is appropriate to remove the names of those who came before from plaques, buildings, institutions, roads, schools, etc because we have evolved. Let us remember those who came before for what they did right - not for their failings. Do you want to be remembered for your failings? I do not.
Posted by Vivian Harrington at 9:50 PM