Do Not Cut or Color Your Own Hair During Quarantine 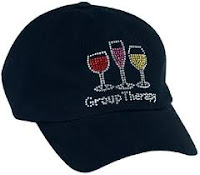 Since I telecommute on a regular basis, being required to work from home has not altered my daily routine to any significant extent up until the bewitching hour of 5:00 PM when I would mindfully shut down my laptop and head out for yoga, Pilates, my monthly massage, acupuncture treatments,  the occasional pedicure, running errands, a date with my husband or friends and my monthly appointment at Utopia Salon for Aveda color enhancements and a haircut.

While I miss all of these activities that I consider essential to my overall well being, the closure of hair salons has cause me and most of my friends the most inconvenience and consternation.

My Facebook feed has numerous daily ads for allegedly natural hair color at home products that are easy to use for a fraction of the cost of salon color with salon results. Despite my frustration when I look in the mirror each morning with a wider "part of colorless highlights", I will resist the temptation to self treat. I've noticed too many instances over the years of "obvious" home hair color. My one foray into "at home" treatments at the tender age of 15 left me with brassy orange hair that had a straw-like texture that would have made an excellent foundation for a birds nest. 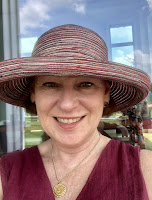 That is not to say that all salons provide the same level of competence. I'm a firm believer that one does get what one pays for. There were a few times in my young adult years where I left national chains in tears.  However, a less than stellar salon experience is still better than taking matters into your own hands. If a licensed cosmetologist provides a services that you pay for and the result is "unfortunate", you can ask them to fix it. If you screw up your own hair at home, particularly in the time of COVID-19, you will be stuck with the disaster until the quarantine lefts and our salons re-open.

Just say NO! Don't do it! Do you REALLY believe those celebrities that tout at home hair color  color their own hair?  Wear a hat or baseball cap or a scarf or a wide headband. I've just ordered two cute headbands from Nordstrom. Anthropologie has some cute and fabulous headbands for sale online. And I have some lovely baseball caps from local wineries.

Posted by Vivian Harrington at 5:21 PM No comments:

The Importance of Trying New Things 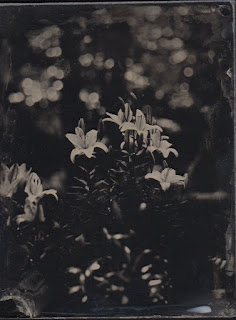 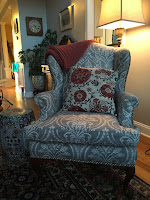 Despite the fact that I have reached a place in my life in which I am able to take advantage of the"early shopping hours" during Covid-19, I believe it is critical to keep trying new things, exploring new frontiers, embracing adventures, tasting new foods, experimenting with a different hairstyle or color, trying on clothes and makeup from an alternative brand or designer and refusing to stay in a rut.

Every time I visit my hair stylist, Brian Williams at Utopia Salon, we "tweak" my hair color and cut. I am an Aveda woman through and through, but I will push the boundaries with my color. I've embraced all shades or red or auburn and alter my cut regularly.  I will not go quietly into the night. 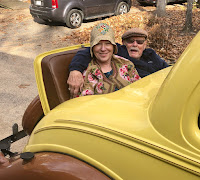 During my adulthood I tended to stay rather committed to shops such as Talbots, Nordstrom, Chico's, J Jill or Soft Surroundings. Now I've embraced Anthropologie and discovered Closed Jeans, Pilcro, Citizens of Humanity, and Cecelia of New York footwear. I am obsessed by Cecelia of New York! I've found I love totes by Cuyana & Everlane, skincare from Eminence Organics, bras from Third Love, undies by Hanky Panky, earring by Lagos, boutique styles from The Artful Home, artisan soaps, Etsy handmade coffee mugs, Boll & Branch or Brooklinen sheets, 1930's fashion from House of Foxy, and cashmere & linen from Garnet Hill.

There are also instances where I've returned to the stalwarts of my "adult youth" such as Chanel makeup, Book of the Month Club and actual books printed on paper and bound, the comfort of family, Midwestern values, and a love of a much simpler life. I've chased the dream and realized I've had what I need all along. 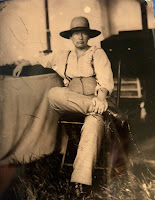 But what I encourage everybody to consider is the benefits of trying new things. Since I turned 50 I've embraced yoga, accomplished a head stand, practiced Pilates on a reformer, learned alternative photographic processes, attended Civil War re--enactments and living history events, sewed my own camel hair winter coat, used a sledge hammer, learned to shoot, earned a concealed carry permit, protested at the Virginia state house,  sewed mid 19th century clothing, wore a corset, learned how to cook on an open fire, used a chamber pot, drove a pick up truck, caught the yard on fire, tried acupuncture, scheduled monthly massage therapy, made sausage, laid tile, reupholstered two wing chairs, renovated a bathroom, wrote a blog, and began to understand that I can let go of "things".

Posted by Vivian Harrington at 4:58 PM No comments: 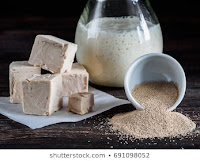 During one of my foraging adventures last week I heard some talking heads on the radio discuss the oddest things they’d purchased online since the “Stay at Home” directives. That really had me thinking about the atypical purchases we’ve made online recently.

Despite my short-lived intentions at the new year to avoid buying clothes, I used the excuse of my 20 pound weight loss to indulge in new jeans & shorts. And Brahmin did offer a 25% discount on handbags recently, which tempted me to buy the bags I’ve lusted over. And I routinely order books, skincare products, makeup, shoes, cat food, bird seed and Aveda products.

What unusual things have you ordered while in quarantine? Did I mention yeast?

Thank You Sherry & Bob♥️
Posted by Vivian Harrington at 7:06 PM No comments:

Celebrating the Blessings of Easter Amidst Quarantine 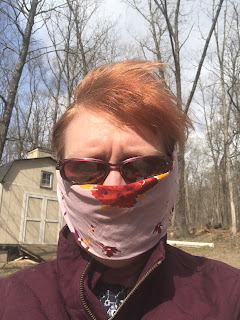 Those of us who live in the modern world are truly blessed considering the adverse impacts of epidemics throughout history. Modern medicine, scientists, the ability to spread information instantly, pharmaceutical research, wealthy governments that can implement financial strategies that aid the citizenry, technology that affords many of us to telecommute, modern banking that gives us access to money even when we can't get to a bank, e-commerce that allows us to order food or wine or dry goods or any number of things we don't need inline to be delivered within days, transportation infrastructure that affords goods to be moved from one geographical area to another almost instantly, freezers and refrigeration that give us the opportunity to stock up on food, doctors and nurses that can get on a plane and provide care where it is needed, the ability for modern industry to shift focus and retool factories to churn out respirators or masks, knowledge of how disease is transmitted and the education of the people that gives them the tools to understand to importance of social distancing. I've provided a link to an article about epidemics throughout history that can provide insights in to our good fortune.
https://www.livescience.com/worst-epidemics-and-pandemics-in-history.html

This post is not to diminish the challenges we face as a people, the illnesses, the inability to cure the disease and the fact that many of us will lose people we love. Instead, I mean to put the pandemic in context.  Rather than denigrate governments for failing to address the spread of the disease instantaneously, consider celebrating the wonders of modern society that will allow us to limit the devastation that would have occurred in another time and place.  There is no magic bullet that will end this. There is no absolutely right answer - how to balance the health and safety of citizens vs. the health of the economy. I prefer to avoid making judgments about these issues because I am not a public health expert, virologist, epidemiologist, or biologist.  Just celebrate our blessings that we live in a first world country that has the resources to do what must be done - hopefully without eroding our civil liberties.
Posted by Vivian Harrington at 5:52 PM No comments:

Life in Quarantine During Covid-19

The Covid-19 pandemic has altered our collective views of the world in the blink of an eye. As a die-hard Libertarian, I initially resisted government intervention and intellectually rebelled against what is essentially marital law. I don't like it. I do not want to comply. I believe that governors should allow localities to enforce regulations that make sense for that particular geographical area. I would prefer a more tempered, nuanced approach that did not infringe upon my civil rights and force businesses to close - with the awareness that many small businesses that are not considered essential may not survive. But, a part of me understands the need for the lock-down because we Americans enjoy freedoms that most if not all other societies do not enjoy. And the knee-jerk reactions of citizens and government alike are counter-productive. Sure, lock down New York, Philadelphia and Jersey City - but why Harrisonburg, Virginia? 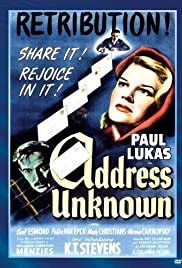 Why not a more nuanced approach? Why not consider that people at risk should practice social distancing and encourage corporations to implement telecommuting?

I do not understand the hording mentality, the need to compile enough toiler paper, chicken, Lysol or bleach to last a lifetime.

It is beyond my comprehension  why a liquor store, restaurant, or WalMart is considered "essential", but my Pilates studio, yoga studio, massage spa, and acupuncture practice is not. These contribute far more to my over-all well-being than a drive-thru McDonald's.

Overall, my concern involves the slippery slope that could result in a few politicians enjoying their power over the citizenry just a little too much. I do agree that huge gatherings should be discouraged. I do agree that it makes sense to encourage self quarantine. But I really loathe the concept of a nanny state imposing restrictions that bears too close a similarity to the movie I watched on Turner Classic Movies this morning - the 1944 Address Unknown about the erosion of civil liberties in Germany. It resonated. Just food for thought. https://www.imdb.com/title/tt0036581/
Posted by Vivian Harrington at 6:11 PM No comments: