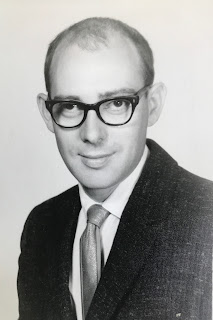 Posted by Vivian Harrington at 9:38 PM No comments: 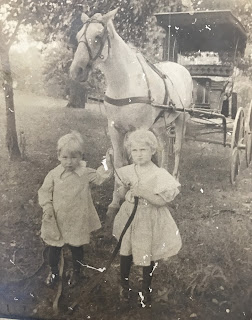 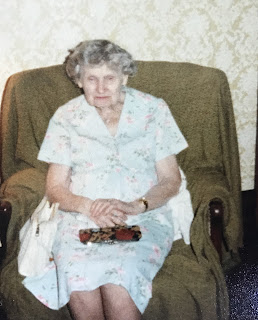 Last night as I lay awake at 3:00am thinking about work, I decided to refocus my brain to consider some of the indomitable women throughout history that should be remembered during National Women's History Month.  While there are certainly many fascinating women that have overcome obstacles to achieve great things, I always return to the amazing women who raised my father and his siblings after their mother died in 1936, my Great Aunt Mary. Dad was just four years old. His sister was two. They lived on a farm in Posey County, Indiana. "The Farm" as we called it growing up, was in the 1930s a place without indoor plumbing, electricity, gas powered farm equipment, or any of the amenities we take for granted today. The farmers worked from sun up to sun down. Ploughing was done with a mule. Meat was smoked in the smoke house and hung up until needed in the cold of winter. Baths once per week with shared water - starting with Grandpa and passed down according to age.
Aunt Mary lived on the farm, raised the children, cooked for the farm workers, kept the place running and in her spare time hemmed towels for pennies to pay for the education of 3 young women. What made this so absolutely remarkable is the fact that Aunt Mary was completely blind from her mid teens.
Despite her lack of sight, she was a formidable presence with a keen mind, a sixth sense, a fierce independence and was one of the most well read individuals I've had the good fortune to know.
She liberated herself from The Farm at the age of 50. She essentially ran away from home and started her independent life at a time when there was no safety net for those with disabilities. She had accomplices that drive her to the bus station where she caught a bus to the big city of Evansville. While I don't have all of the nitty gritty details, I do know that she got a job as a receptionist, taught other blind persons how to live independently, lived alone, was a fabulous cook, went to the local philharmonic regularly, had friends that took her to church and the grocery store, and read voraciously with Braille books and books on tape. At the time there were books available on reel to reel tape. She was a good conversationalist. She stayed independent almost until the end when she was 85. She never complained about her lot in life.
When I think of my Aunt Mary, I feel truly blessed that I had such a remarkable woman as a role model.  Because I had the privilege to see how people can thrive if given the opportunity, even if they face obstacles and what seem like overwhelming challenges, it truly offends me when those living with so much in our modern society complain and demand to be supported by the tax payers. One must wonder how any of these young "socialists" would survive in the world inhabited by Aunt Mary, my grandparents, and my dad.
Posted by Vivian Harrington at 6:52 PM No comments: