Reasons for Supporting the Second Amend 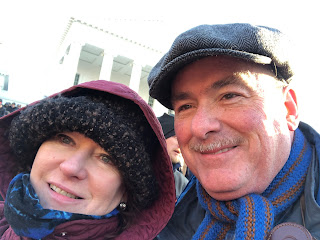 I am an avid supporter of the 2nd Amendment, which supports the right of the people to keep and bear arms. Too many apologists argue that 2A only applies to a well regulated militia. Anyone who actually studies history knows that the intent of 2A is to provide citizens with the means to protect the people from an oppressive government.

While many liberals in the 21st Century opine that the Founders of our Republic (not democracy) did not mean for the citizenry to be armed, history defeats this notion

Those who collaborated to write and ratify the US Constitution understood that governments and its citizens were often at odds.

As examples, consider the 100 years war, the English  civil wars, the wars fought by the Church, the Crusades, the wars against heretics, the Spanish wars against the Moors, the French Revolution, the Chinese murdering citizens. In the time after the ratification of the US Constitution one must consider the War of 1812, the French & Indian War, the Mexican Wars, the SpanishAmerican War, the Spanish Civil War, the Pograms in Russia,  Kristalnacht, the Holocaust, the Great Leap Forward, Mao’s Red Guard, the Vietnamese re-education camps, Pol Pot’s killing fields, Tiananmen Square

in China, the repression of the Hong Kong people, Cuba, Venezuela, Erdogan in Turkey, the Theocracy in Saudi, despots in Iran/Syria/  North Korea, Zimbabwe, Myanmar, Russia invading Ukraine, Serbia in the late 20th Century, Amin in Uganda, Cuba, Venezuela, leaders supporting the Soviet Union east of the Iron Curtain. These are regrettably just a few of the autocrats that have subjugated people within its territories. One of the most heinous is the repression of Hong Kong, at one time one of the freest, most Capitalistic places on earth.

China imprisons those who even mention Tiananmen Square patriots.

The federal government will not disarm its citizens because liberal idiots have failed to study history.

Read the writings of James Madison and Thomas Jefferson. The intent of 2A it to protect citizens from oppressive government. History shows that corrupt politicians will exploit the citizenry when people give up rights. I will not give up my rights.


Anybody who grew up with siblings has, no doubt, experienced episodes of rivalry, anger, disagreement, schism, dysfunction at some point during life. I am the eldest of three, with a younger brother and sister. As children , we had pet rivalries and disagreements. As adults, however, it has occasionally felt as if we were raised in alternative universes or different planets with completely differing memories of childhood.

At various times we have experienced estrangement. It is rare that all three of us have gotten along swimmingly together. It is generally two against one…with the simpatico siblings varying for days, months or years.

The most challenging relationship has been that my younger sister and me. We are four years apart in age, both born at the end of the baby boom, but unable to see eye to eye on much of anything. I’ve been fortunate to experience life in technicolor since my teen years . I’ve studied and lived overseas, work in corporate America, consistently try new things, embrace all that life has to offer, and have been blessed with a renaissance that began with my second marriage in 2006.

My sister is a whip smart mother of two with a PhD and teaches at a university. She has suffered with an autoimmune disorder for 17 years. I admire her resilience and determination to live as normal a life she can despite her health challenges.

But, we’ve never seen eye to eye when it comes to family. Her theory of raising children:  milk spoils. You cannot spoil children. This has been at the core of our schism at every turn. In fact, my father, brother and I never mention her children or husband when we have a rare conversation. It never goes well. But, after several glasses of a fine Cabernet a few weeks ago I was compelled to reach out about a proposed mini family reunion over Memorial Day weekend. None of us truly believed she would make the trip to Indiana to see our 90 year old father. When she suggested another time, I reminded her that when one is 90, every day is a remarkable gift. That did not resonate. So, in my wine fueled state, I texted what I thought. And, I’m okay with it.

Amber it was better to cut the head off the snake now rather than later. I am at peace.

Posted by Vivian Harrington at 4:36 PM No comments: