The Hypocrisy of the Duke & Duchess of Sussex 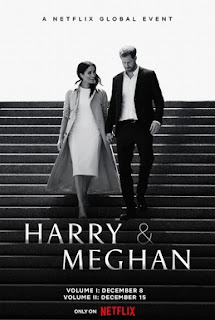 One would have to have been stranded on an uncharted island to be unfamiliar with the media frenzy pertaining to the grievances of the Duke & Duchess of Sussex. One would think they’d been stripped of their titles, cast adrift with nary a cent, forced to panhandle for spare change at random off ramps in a California while living in a tent city under an overpass- all while professing how they live a selfless life of service whilst filled with fear over random acts of violence merely because of their celebrity.

Apparently, this duo fail to appreciate the number of billionaires, multi millionaires, A-List celebrities, scions of other royal families, and children of other high profile persons who live within the state of California.

By virtue of my job over the last 40 years, not to mention media, I am well aware that there are residents of LA, Santa Barbara, San Diego, San Francisco, Silicon Valley, Mountain View, Brentwood, Malibu, Palo Alto and numerous other enclaves that have more money, higher profiles, better credentials, greater philanthropy, more visibility, are more controversial and are are more likely to be targets of violence than these two who apparently feel compelled to tell everyone just how oppressed, service oriented and at risk they are in their compound.

And what do these philanthropists and humanitarians have in common? They do it mostly quietly, without self promotion, without complaining about perceived wrongs and trying to create personal wealth while pretending to perform service, with cameras commemorating every move.

And then there are the everyday humanitarians that volunteer locally, donate to church/food banks/ community organizations/ museums/ homeless shelters/ schools/ universities/ the United Way, Go Fund Me/ addiction centers/ etc. without any recognition.

The survival of the British Monarchy is not something that is likely to impact my life or that of the ordinary American. But, self promoting, self indulgent, self-possessed, wealthy, hypocritical bellyachers do not appeal to pull yourself up by your bootstraps Americans.

In case one wonders, I do not watch reality TV. As such, I have not scene the Sussex show, the  Kardashians, any real housewives, Honey BooBoo, or Survival shows. Okay, I did watch What Not To Wear😎

Posted by Vivian Harrington at 9:42 PM