Remembering Denis Reen, He Wanted to See the Elephant 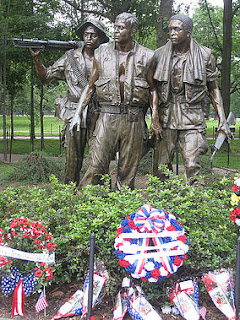 Remembering Denis Reen, He Wanted to See the Elephant

An American hero died Sunday, March 24, 2013. Denis Reen was a Vietnam veteran, one of the models for Frederick Hart’s statue of The Three Soldiers which is which is part of the Vietnam Memorial in Washington, an historian, Civil War re-enactor, a musician who played the fife in a Civil War Fife and Drum Corp, a member of the Black Hats / First Maryland team of the North South Skirmish Association, the curator of a personal collection one of the premier collections of Civil War memorabilia in existence, and a shop teacher for the Maryland School for the Deaf.  He was truly a Renaissance man.

This was a man beloved by his friends and respected by all, one who lived life to the fullest. He told his friends that he volunteered for Vietnam and joined the Marines because he’d been reenacting the Civil War and he wanted to see the elephant in the room. In 1969 he spent five months in the belly of the beast before being wounded by a North Vietnamese rocket, requiring two months in a U.S. hospital in Japan before being returned Stateside.

When my husband awakened this morning, he was unaware that his beloved friend had passed. But he was off-kilter in a way he couldn’t explain. When he received the news that this larger than life friend had died, he understood. He’d just known.

This death was not unexpected. Mr. Reen had been diagnosed with a terminal illness in the fall. But in any event, his passing was of tsunami proportions to those who know and love him.  He met the elephant in Vietnam and survived. And now he is a part of our collective memory and history at the center of a national monument commemorating those who unselfishly served in a most unpopular war. Rest in peace. 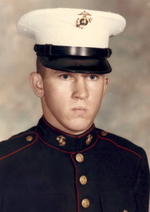 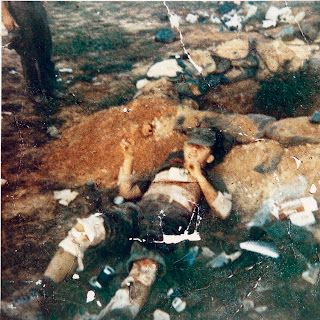 Posted by Vivian Harrington at 9:12 PM