Book Review: Queen of the Conqueror: The Life of Matilda, Wife of William I by Tracy Borman

Book Review:
Queen of the Conqueror: The Life of Matilda, Wife of William I
by Tracy Borman 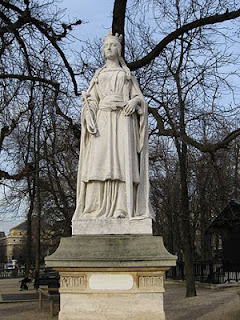 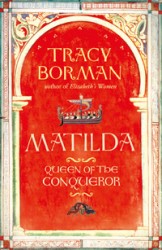 I am constantly fascinated by the lives of strong medieval women; and the biography of Matilda of Flanders provided insight into the first crowned Queen of England, a woman about whom I’d read little previously.  While much has been written about William the Conqueror, before the efforts of Ms. Borman, the accomplishments of his wife were essentially ignored. But Tracy Borman searched through original source material and has been able to tell this story of a headstrong, diminutive woman born into wealth and privilege to Baldwin V, Count of Flanders and Adela, who was a daughter of the French King Robert II, sometime around 1031.

Matilda initially refused to marry William because he was illegitimate and brutish and she was cultured, educated and destined for a marriage with one of much higher status.  For some reason, after he beat her in a rage at her refusal, she agreed to marry him and astonishingly bore him 9 healthy children.

While the book is based upon original sources, some of the information is conjecture. What is clear, however, is that Matilda was highly respected and trusted by William who appointed his wife rather than his eldest son as regent of Normandy while he was in England, first conquering and then taming the conquered by burning and pillaging.

This is not a dry biography that takes effort to read. With the exception of the author’s overuse of the word “moreover” [I wanted to take my red editing pen and cross out every third “moreover”], I found the book an engaging, easy read.

Highly recommended for anyone who loves medieval history.
Posted by Vivian Harrington at 2:04 PM