With Few Exceptions TV is The Vast Wasteland

My husband and I have the premium package for DIRECTV so we can watch a few fabulous shows that are only available on Showtime or HBO such as “Homeland” and “Game of Thrones”. Previously, we had the pleasure of enjoying -“Rome”, “The Sopranos”, “Deadwood” and “World Without End”. Regretfully, with those exceptions, even the premium channels offer little more than reruns of decades old movies. And the pay-per-view options are laughable.  Perhaps it would be acceptable if we had the luxury of streaming on-demand. But we live in an area that has no cable or DSL, so we are at the mercy of satellites.

I’ve always known that TV in general caters to the lowest common denominator. Otherwise, how can one explain the success of such shows as “Duck Dynasty”, “Swamp People”, “Gypsy Sisters” “Cops” and “Long Island Medium”?  Not to mention “Jersey Shore” and all of those “Real Housewives” shows that are not in the least unscripted?

I am ever so grateful that I enjoy books, love reading, have hobbies, and some semblance of taste and pride. Back in the day it would be embarrassing to admit to watching “General Hospital” or “The Peoples Court” or reading The National Enquirer. Now, that is high -brow. Perhaps educational institutions should start requiring students to read (at least the Cliff Notes of) The Decline & Fall of the Roman Empire by Gibbon. No doubt those Bacchanalians of Ancient Rome would have indulged in such drivel as “Axmen”, “My Cat From Hell”, “Celebrity Boxing”, “The Bachelor”, “Cheaters” and “Keeping Up With The Kardashians”. This last makes Jerry Springer seem classy.

So every few months, when one of the select shows that we can only find on the premium channels completes its limited season, we consider cancelling HBO or Showtime. But then we see a preview of something that looks promising, such as a mini-series based on David McCullough’s book about John Adams, and we stick it out. After all, we’ve only 3 ½ months until “Game of Thrones” returns. And in the interim, PBS will give us “Downton Abbey” and we can watch cooking shows on Food TV and home improvement shows on HGTV or DIY. 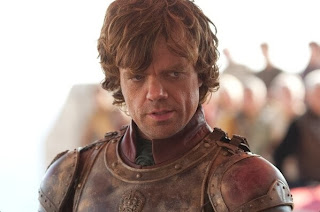 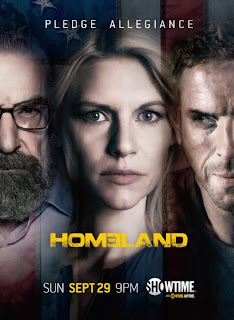 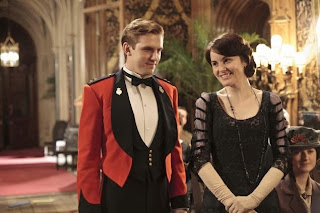 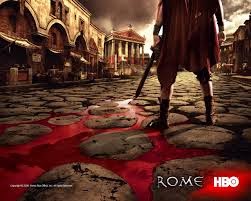 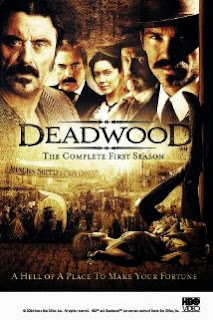 Posted by Vivian Harrington at 8:47 PM