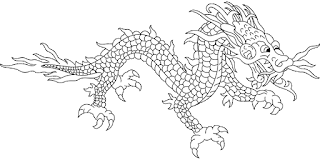 In this current environment of campus protests of speakers that allegedly offend the sensitivities or ideals of students and the surrounding populace and often turn violent or at least result in criminal attacks on personal or public property and which has significantly inflated the cost of security, the protesters do not fully appreciate how they give the agitators power.

There is a time and place for peaceful protest. Peaceful protests about social injustice paved the way for the Civil Rights Act of 1964, Title VII and equal rights for GLBT individuals. In these situations the agitators were violent; the protesters were peaceful and achieved change.

The Bill of Rights gives every citizen of the USA a right to free speech, which is the foundation of life in America. We cannot be persecuted by government for speaking out, disagreeing with  our leaders or expressing views antithetical to all that civilized people hold dear.  As a believer in the brilliance of our Founding Fathers and the sanctity of the rights afforded by our Constitution I adhere to the premise that I may abhor what another person or group may espouse; however, I will support with all my being the right of that person or group to say it.

Anybody who argues that free speech should be suppressed, that offensive books should be banned, or that public institutions of higher learning should protect the student body from controversial speakers should consider relocating to Russia, China or North Korea. It is a slippery slope to begin banning free speech. Look to the book burning of the Nazis in the 1930’s as an example of how rights are slowly revoked until the unfavored end up in a slum or camp.

Those students who protest free speech by speakers they believe may be “dangerous” only give those speakers or demonstrators what they seek. Controversial individuals or groups want attention. Protesters give these people or groups the media attention they crave. Furthermore, by committing vandalism or assault & battery, protesters anger all law abiding citizens. Most of us believe that those who vandalize cars, buildings, statues, stores, trees, street signs, parks, or anything owned by another individual, organization or government should be arrested and prosecuted to the fullest extent of the law and ordered to pay restitution. If a student he/she should be expelled and be ordered to pay for the costs of the additional security required. As a taxpayer I am not amenable to paying for the extra security needed to protect the rights of others just because a student is offended by a message.

IGNORE those with whom you do not agree. It takes away the power. By ignoring those one finds offensive, one deprives the agitator of what he/she seeks - media attention. If nobody shows up for a speech and nobody protests, the agenda of the agitator will dissipate. What does it hurt to allow the agitator to speak to a small group? Nothing?

Ultimately, violent protest changes nobody’s mind.  It only feeds the monster. Slay the monster by IGNORING it.

Posted by Vivian Harrington at 8:29 PM