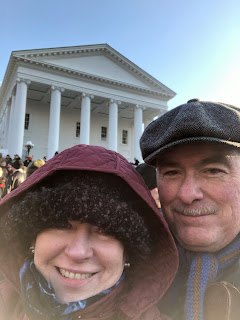 Just let go of the angst, the divisiveness, and vitriol. Embrace your fellow citizen and agree that it is okay to disagree without judgment.
Posted by Vivian Harrington at 9:52 PM