Consider The Original 13 Colonies 244 Years Ago 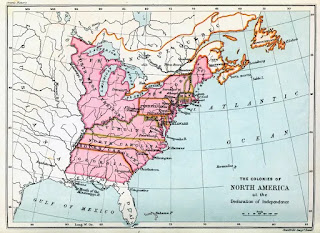 Many people in 21st Century America have graduated from High School or University without truly learning the history of our great country. I believe it is for this reason that progressive politicians, academics and the media are able to insight and condone anger, violence, looting, burning, toppling statues, defacing public property, shaming those with different opinions, censorship, and civil rebellion. Regretfully, many of the alleged intelligentsia that promote the belief that the United States of America was and is a substantially racist county are marginally educated in American and world history. Since the 1970's there has been a systemic attempt by educators, socialists, apologists, and proponents of multiculturalism to discourage critical thinking skills and reject the teaching of early American history because of its western European roots. This has resulted in a grave disservice to the people of our nation.

The Original 13 Colonies that formed the USA were founded over a period of 125 years. Virginia was the first colony founded in 1607 with the settlement at Jamestown followed by Plymouth Colony in 1620 (which became part of Massachusetts Bay) , New York in 1626, Massachusetts Bay  in 1630, Maryland in 1633, Rhode Island and Connecticut in 1636, New Hampshire and Delaware in 1638, North Carolina in 1653, South Carolina in 1663, New Jersey 1664, Pennsylvania 1682 and Georgia in 1732. These original colonies had distinct geographic, religious, climates, and natural resources. The New England colonies were mostly Puritans that tolerated no other religious expression and gained infamy by holding the Salem Witch Trials, branding those who committed adultery, and banished dissenters.  Pennsylvania was Quaker. Maryland was Catholic. Georgia was founded initially for a haven for London prisoners, but ultimately to provide a buffer between South Carolina and the Spanish that ruled Florida. The Southern colonies had fewer natural resources than the north and middle colonies, which resulted in the establishment of farming and large plantations that unfortunately relied on slave labor. All of the colonies came under the oversight of the English monarchs. Each colony had a British Governor appointed by the King. Each colony was peopled by those that came to the New World for different reasons - to make a fortune, to escape persecution, to find adventure, because the 4th son had no other options, to expand the English empire, to avoid imprisonment, for a job, for land, and for any number of other reasons that we, today, cannot fathom.

These distinct colonies were akin to separate countries. The decisions that were made in 1775 and 1776 to bring representatives of these disparate, ideological, economic, religious, moral, geographic, climate, and natural resource diverse colonies to declare independence from the monarch was an amazing exercise in  bravery, foolhardiness, and brilliance. Think what you will about the Founding Fathers; however, this country would not exist today had they faltered. 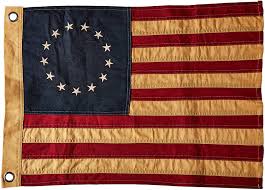 Yes, by 21st Century standards most of our founders and those that have come after held attitudes that are the antithesis of what we hope to see in our modern world. However, I refuse to deny the debt that we owe to those brave men who affixed their signatures to the Declaration of Independence 244 years ago, which set off the firestorm of revolution that ultimately brought these 13 colonies together to form a nation.

When one judges the actors of the past by the knowledge of the present without a full understanding of time and place; a time when most people didn't travel more than 50 miles beyond home in a lifetime; when there was no electricity, indoor plumbing, safe drinking water, antibiotics, radio, television, knowledge of vitamins, nutrition guidance, education for the masses, heating and air conditioning, refrigeration, supermarkets, libraries, record players, understanding of sanitation, awareness that washing hands prevents the spread of disease, telegraph and all of the other wonders that we take for granted, one is a pompous, self satisfied, smug, supercilious, condescending, self-righteous, didactic  fool.

Please consider dismantling CHAZ or CHOP, giving your fellow American the benefit of the doubt, thank the police for keeping you safe, understand that the majority of Americans find discrimination offensive and want fairness & equal opportunity for all, and stop listening to those who try to divide us. Read the Declaration of Independence that was drafted by a gifted, but flawed man who gave us the chance to form a more perfect union of independent colonies, and thank the Universe or the higher power of your understanding that you have the great fortune to live in these United States of America.


Posted by Vivian Harrington at 5:43 PM