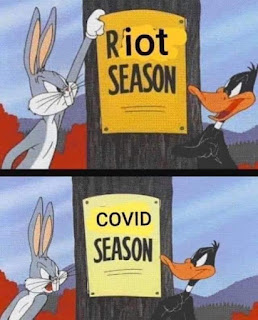 It is time for reasonable, moderate, centrist thinking Americans to take back control of the political narrative and our government. Democrats and Conservatives share responsibility for the current toxic state of affairs. While Democrats may exhibit glee at taking both houses of Congress and the presidency, they should use discretion in pursuing a leftist agenda. There was no mandate. The country is divided nearly 50/50. More Americans voted against a candidate rather than for a candidate over the last two presidential elections. 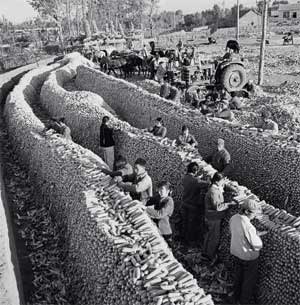 The rhetoric spouting from the mouths of Progressives, ANTIFA, and supporters of socialism in America is eerily reminiscent of Communist Party officials in China, the Soviet Union, North Korea and Vietnam during the Cold War when middle class, educated professors, doctors, writers and opposition politicians, as well as religious "bourgeoisie" who did not accept politically correct doctrine were sent to "re-education camps" to serve as slave labor for the "people". The government then confiscated the personal property of those sent to be indoctrinated in politically correct ideology - purportedly to redistribute to those more worthy such as Communist Party members and peasants. When Nancy Pelosi, Maxine Waters, Chuck Schumer and AOC acolytes suggest targeting Conservatives for their political ideology, Americans should be concerned.

Unlike most Americans living in the 21st Century, during my five years living in Asia I  met several people who survived re-education camps and/or the confiscation of property and/or the loss of a profession because of political connections, the accident of birth, religious affiliation or ideology  during the Cultural Revolution and following the Vietnam following the "conflict".

People like to believe it could never happen here. But then again, until last Wednesday, nobody conceived that American citizens would storm the U.S. Capitol.

The events of January 6, 2021 have been blamed on President Trump. However, the outrageous vitriol, acceptance of burning and looting cities, the encouragement to harass or refuse to serve those with different ideas by partisan politicians contributed to the divisiveness by painting all Conservatives or Libertarians as racist, misogynist,  unintelligent, inarticulate deplorables. Just because an individual or a group of people find burning, looting, assaulting police officers and journalists heinous, unjustifiable activity, does not make him or her deplorable. In fact most middle of the road citizens find those actions deplorable. 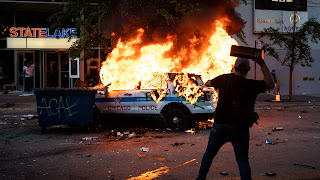 Perhaps if more of the protestors read actual history instead of swallowing the partisan news of CNN, MSNBC, FOX, The WaPo, New York Times or the bull-feathers taught by indoctrinated academics, they might discover the actual facts instead of the revisionist fantasies of such projects such as 1619.

Posted by Vivian Harrington at 3:48 PM