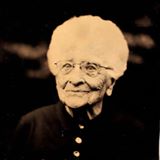 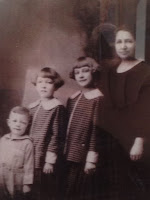 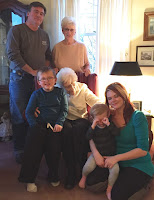 I will miss Grandma Moore. But while I will mourn, I know that she has lived an amazing life that deserves to be celebrated. My heart is heavy for my husband, my in-laws who lived across the street from Grandma, my sister-in-law and her children, and for all of those who were so touched by her life.  I just feel blessed that for this brief 11 years, I had her in my life.
Posted by Vivian Harrington at 10:01 PM