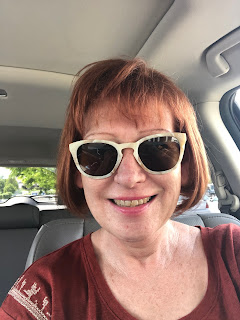 As an American citizen who believes in the beauty of the US Constitution and Bill of Rights, I am struggling with the  violence against people, destruction of property and desecration of monuments that accompany the peaceful protests associated with the unconscionable murder of Mr. Floyd. My parents raised me and my siblings to treat every human with equality, respect, courtesy, kindness and welcome. My husband was raised the same way. We were raised in middle class families in the Midwest with parents that worked hard to put food on the table, educate us, instill us with values, and to do the right thing. We grew up during the turbulent 1960s, saw the devastation caused by the riots, wept when Martin Luther King, Jr. and Bobby Kennedy were assassinated, and watched the events unfolding in the conflict that could not be won in Vietnam.

But history cannot be reviewed in a vacuum. The sins of the fathers should not be foisted on the sins and daughters. While I may vociferously disagree with the attitudes and choices of those who came before me, I did not walk in their shoes or inhabit their skins. At this juncture I do not blame those of prior generations, people of history that were not enlightened, those that lived by the codes of the times.

Instead I blame parents, grandparents, aunts, uncles, friends, fellow students, gangs, leaders,  associates, coworkers, employers, media, politicians and social media for the unconscionable attitudes pervasive in today’s world. The problems today are not the sins of the past. Instead, it is the attitudes of people who know better. It is the political divisiveness that is perpetuated by purported leadership of both major parties to gain votes. Our leaders divide us for political and personal gain. None of them actually care about constituents. These are wealthy insulated people that revel in the quest for power. They are all out for themselves.  It is all theater of the absurd. Think about it...they all go to parties and out for drinks togethet🤔


Posted by Vivian Harrington at 8:54 PM