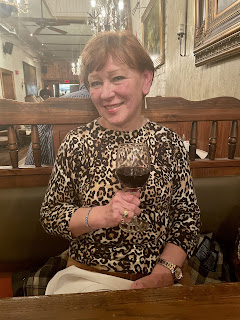 This afternoon I enjoyed a great conversation with a colleague who grew up in New York State and went to university in Ohio. While it began as a business meeting, the chat morphed into the way people raised in different parts of the USA think about some politically divisive issues based upon their individual experiences.

My colleague that was raised in New York had never known anyone who’d owned a firearm. His college friends, raised in the heartland of America, were raised with firearms, hunting, target practice, self defense and support of the Second Amendment.

My colleague talked about the different views of fellow students on issues regarding voting rights, firearms, stand your ground laws, federalism, immigration, and other issues that tend to divide Americans.

We talked about the fact that we Americans view the Country through the lenses of our individual experiences. This is something lost on politicians and political activists.  Y colleague, having attended university in the Midwest, maintaining friendships with people he met from backgrounds completely different than the ideology with which he was raised, learned to appreciate another perspective. His Ohio friends were amazed that he, being raised in New York, had never been hunting or even touched a gun. He, one raised in a state that restricted ownership of guns was amazed at how easily midwesterners talked about hunting, target practice, self defense and abrogation of rights.

Those who vilify fellow citizens with different ideology, opinions, life experiences and political views have more than likely never taken the time to get to know those on the opposite end of the spectrum. But listening, engaging, discussing with an open mind and with friendship provides the perspective that so many lack in our polarized society.

Despite what one may think, there is room for different viewpoints, approaches to life, and political affiliation. The key is to refrain from trying to force solutions for a one size fits all. People in Indiana or Kentucky will likely always have views that differ from citizens of New York or California. What is critical is to appreciate that there is room in our republic for those with different views. You can choose to live in Texas or New York. But the citizens of each state have the right, under the Constitution, to apply laws that serve its citizens. It is not one size fits all.

So, if you live in a liberal state, pay your exorbitant taxes to support your unions, schools, mandates, enhanced state funded programs. But, don’t expect those in Texas, Florida, Wyoming or Indiana to pay additional federal taxes to support the subsidies for your welfare state. That is the beauty of federalism.

Posted by Vivian Harrington at 9:51 PM