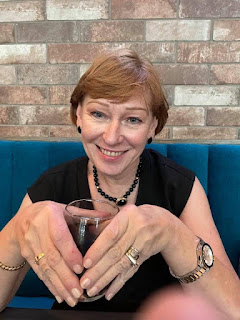 The current political climate in the USA continues to baffle me. We are a people who engaged in revolution to become an independent nation where all people have the opportunity to be who they want to be. Yes, we have a sad history that did not recognize the freedom of all. But the strides we’ve made brings joy to my heart. I truly believe that most Americans believe in the words of the Declaration of Independence that all of us are created in the eyes of God as equals.

There have been dark periods. But…today, I still believe that there is no where else on earth where the individual can overcome birth and achieve whatever he or she aspires to achieve.

Yes, there are troglodytes among us. There will always be narrow minded idiots. We will never agree as a people on every issue. That is the human condition.

But, consider what it would be like to live in China, Russia, Afghanistan or Iran where there are no civil rights. Imagine living in Ukraine or Taiwan or South Korea where other despots want to invade and usurp legitimate governments. I have lived in those at risk countries. I loved Hong Kong and cry for the people being repressed and subjugated. I cannot imagine the people of Taiwan being controlled by PRC.

We have freedom. It is not perfect, but I defy you to give an example of a better place to live, a place with more freedoms and more opportunities to be who you want to be. It is easy to criticize if you’ve not experienced the worst the world had to offer. Really, take a bus tour of a major capital where they drive by a prison and caution that anyone arrested will never leave alive. Watch the movie Midnight Express, based on fact, it will open your eyes.

Posted by Vivian Harrington at 10:00 PM