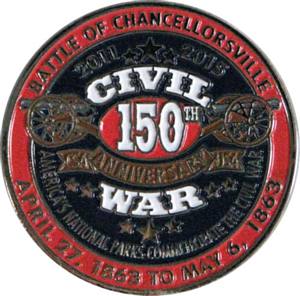 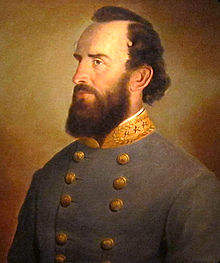 This weekend we will commemorate the 150th anniversary of the battle of Chancellorsville in Spotsylvania County, Virginia. This battle was critical, among other things, in that the Confederates lost one of their foremost strategists, Stonewall Jackson, a casualty of friendly fire, courtesy of North Carolina troops.

This battle raged from April 30th to May 6th 1863 in Spotsylvania County, Virginia. Robert E. Lee’s army was outnumbered by more than 2 to 1; however, despite the imbalance, the Confederates prevailed. However, the price of victory was ultimately devastating to the South because of its loss of Jackson.

Now, personally, I am not a Jackson fan. I’ve been perplexed that the National Park Service has included a shrine to Jackson as part of the Fredericksburg & Spotsylvania National Military Park.  That being said he was a graduate of West Point, a hero of the Mexican War, and a beloved instructor at VMI (Virginia Military Institute). There are Jackson fans the world over, as exemplified by our friend, J.T., from Scotland, who proudly sports a tattoo of Jackson’s head on his calf.  Really, a Scot has Stonewall Jackson tattooed on his leg!

With the significant commemorations of the battles of Chancellorsville and Gettysburg this year, we should be cognizant of the fascination this war has presented to the international community. And we must remember, with honor, all of those who fought for what they believed, whether we agree with the positions they took or not.  Always remember time, place, cont
Posted by Vivian Harrington at 9:58 PM