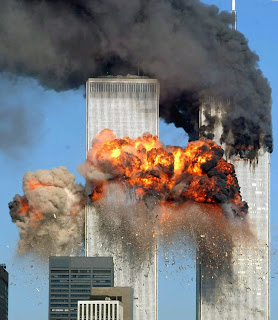 Despite our collective commitment to remember, commemorate, and keep fresh the events of that day, with each passing year the recollections of the attacks and aftermath, the raw feelings of shock, fear, terror and intentions to refuse to allow criminals to cause us to change our way of life, we have allowed our government to infiltrate our lives with the argument that giving up this small freedom will keep us safe.

In allowing the government responses to the 9/11 attacks to erode our civil liberties, we have let the terrorists win. That is something we as a people swore, in the days immediately following, to forswear. We Americans are resilient; but many bought into the safety argument.

I offer my favorite quote from Thomas Jefferson:

"Any people that would give up liberty for a little temporary safety deserves neither liberty nor safety. ...”

The government monitors our telephone calls, emails and text messages in the name of safety. NSA satellites can spy on any of us at any time as illustrated by coworkers watching one another for grins. We are forced to limit our liquids on airplanes in the interest of safety. We subject ourselves to long lines at airports, whole body scans, have to hand over to security personnel our bottles of perfume or shampoo, allow dogs to sniff our luggage at airports or rail stations, submit to searches of our bags at events on the National Mall or at any large event.

Yes, I remember where I was when I found out about the first plane hitting the World Trade Center. I was at work in Columbia, Maryland on the road that circles the Columbia Mall. A coworker was on the phone to a friend with the White House secret service who reported the event.   We ran to the conference room where the office had a television that was tuned only to CBS.  We watched in amazement when the 2nd plane hit and stayed glued to the news as the horror unfolded.  The attack at the Pentagon caused panic. Everything around us closed.

Everybody was numb. We vowed to remember, to feel, to stay true to our American ideals.  But many succumbed to fear and conceded it was okay to give up a civil liberty here and there for safety.  But that is a slippery slope. I am not willing to forgo any civil liberties for a false sense of security. There is no such thing as absolute safety.

Life involves risk. Most free people are willing to tolerate risk to retain civil liberties. I know I am.
Posted by Vivian Harrington at 9:02 PM