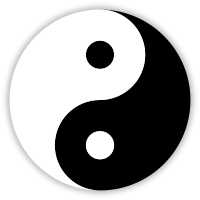 While I’ve been practicing yoga for several years, I’m a recent convert to a Yin practice.  Yin is the feminine – the opposite of an active masculine Yang practice. As a type A personality, in the past I’ve avoided Yin because I wasn’t certain that I had the patience for the practice. But I’ve learned that only means I needed to cultivate my Yin side to be a balanced person.

Ultimately, I gave a Yin yoga class a try because my friend Gina is the instructor and the class was moved to a time that worked for me. I was a bit hesitant. In a Yin practice, one holds an asana or pose for several minutes.  The poses concentrate on the muscles and joints of the lower part of the body – particularly the hips. I wrongly believed that what is truly a loving kindness to myself would not really serve me well because the poses seem almost gentle.

But I was wrong. Despite the restorative aspects of a Yin practice, I could feel that my muscles had been stretched the next day.  The quiet and seemingly gentle practice has helped to ground me. I’ve developed a fresh appreciation for the emotional, psychological and physical benefits to Yin, which has enriched my capacity for meditation and dealing with long buried, unresolved past issues that I’ve kept bottled within.

Opening myself to new experiences, such as this Yin practice has helped to deepen my spirituality, my ability to self reflect, and my journey to peace and serenity. I am grateful to my teachers for sharing their journeys and to Jill, the yogini who operates my local yoga studio and makes it all possible.

Posted by Vivian Harrington at 11:15 PM