After my divorce in 1997 I saw a therapist for who believed in the efficacy of EMDR [Eye Movement Desensitization & Reprocessing], a non-traditional therapy that involves a patient recalling a traumatic event and then replacing those thought and visions with pleasant thoughts and visions. While it is still a controversial method of treatment, it worked for me in 4-5 sessions. I no longer experienced panic attacks with my blood pressure raised to 220/140 on specific dates that I’d associated with trauma, which coincidentally we all on dates that were important to me and my family.

Before beginning the EMDR sessions, I was asked to identify the 3 times and places that I most associated with peace, serenity and happiness. It was important there be no negative associations with the memories. After some contemplation, I settled on these memories as my happiness quotient:

v For a while I had a place in Lewes, Delaware and spent one glorious summer in which I’d drive to a private spot in the dunes with a view of the water at Cape Henlopen State Park. There were no amenities and no crowds. I sat peacefully in my beach chair, smelling the salt air, feeling the breeze on my skin, sipping ice tea with a book in my lap, and watching the dolphins swim by. It was the lull before the storm; but I was at peace, completely content and filled with joy. 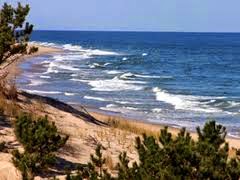 v I also loved the times we visited my grandparents on the farm in Posey County, Indiana and spent lazy afternoons and evenings on the porch swing of the old smoke house. At dusk everybody would gather on the porch and yard and watch the sun setting over the pastures, with the dust rising to the sky behind the vehicles driving down the gravel road. There was an old water pump where we’d use a community tin cup to sip the fresh well water. The decrepit washhouse was still standing then, a monument to times before indoor plumbing. It was so peaceful. And even though my grandparents were gone, I had nothing but happy memories. 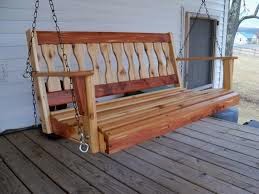 v Finally, I recalled a trip to Yellowstone Park in the autumn of 1988 before the forest fires had stopped burning. Nearly 794,000 acres within the park burned – 36% of the acreage. But the animals survived; there were no tourists when we arrived towards the end of October; and there was almost a primeval beauty in the landscape. I found such peace while hiking on the trails, still with the smell and sight of smoke all around. The bison and elk were plentiful; we saw coyote frolicking in the tall grasses; porcupine darting into the newly emerging grasses; in the beauty of rebirth, I felt the presence of a higher power. What an amazing experience. 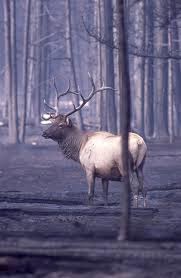 In the 17 years that have passed since that time, my attitude has changed and my happiness quotient has increased many times. That is a blessing of age I suppose.   I recall the value in having to think about the times and places that brought me true happiness and that afforded me a lot of insight. So I take an inventory occasionally and can say with absolute conviction that today I am more often happy than not.

Posted by Vivian Harrington at 8:16 PM