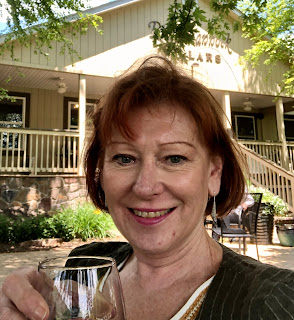 Throughout history there have been winners & losers,  conquerors and conquered, explorers and native inhabitants, governors and governed, elites and peasants, lords and commons, rulers and ruled, leaders and followers, free and subjugated, employers and workers, educated and illiterate, successes and failures, wealthy and poor, celebrated and vilified. Much is contingent on time and place, birth, geographic location, the phase of the moon, or just luck.

However, I do believe that in the western world people in the 21st Century have the ability to transcend the fates of birth. Despite the fact that we as a collective people have achieved progress that was unfathomable in my youth, there is still much work to be done to reach a Nirvana in our society. Rather than decry the sins of the past, we should instead celebrate the strides that have been made.

Forty years ago today the old Commercial Union Assurance Company hired me, a woman, as an outside claims adjuster in Indianapolis. The following year they hired a black man. We were both quota hires, anomalies in a field peopled by middle aged white men wearing sans-a-belt pants, shiney jackets, and carrying clipboards. We were not welcome. The establishment tried to get us to quit. Instead a Larry and I paved the way. Now, the Claims departments in the insurance industry afford opportunities for all. I never would have imagined that when I showed up for my first day on the job on a June 9, 1980.

When one considers the progress made in just 40 years, there should be some celebration of those inroads. Yes, more progress is needed. There are still individuals that do not embrace diversity. But those individuals are lesser and poorer for their inability to embrace the current world. Rather than hate them, feel pity and sadness for their lack of enlightenment. Most people I know just accept folks for who they are. That is the beauty of today.
Posted by Vivian Harrington at 10:03 PM