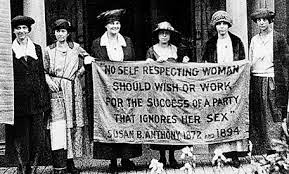 We’ve come a long way baby! It is difficult to believe the changes in our society as they pertain to women since Congress designated August 26th Women’s Equality Day in 1971 – a year before our elected officials passed the Equal Rights Amendment (“ERA”), which had been introduced in Congress annually since 1923 – just 3 years after the 19th Amendment gave women the right to vote. ERA was never ratified by the required 38 states.

Yes, my young friends, women were not afforded the right to vote until 1920! We’ve had the right of suffrage for less than 100 years. And the progress between 1920 and 1971 was miniscule. Yale & Princeton Universities did not become co-ed until 1969, West Point in 1976 and Harvard waited until 1977 (the year I graduated from high school) to become co-ed after merging with Radcliff. 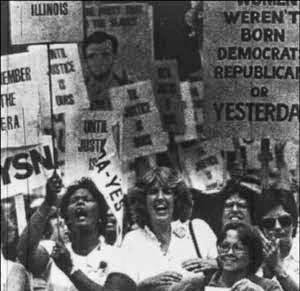 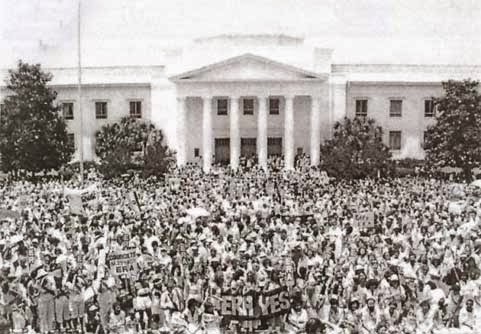 When I graduated from university in 1980 I was hired into what had been an all male club – that of the insurance claims adjuster. The species until that time had been populated with men.  The typical claims adjuster carried a clip board, had a ladder in the trunk of his vehicle, and chain smoked while wearing sans-a-belt pants and a shiny bowling team jacket.  They took bets on how quickly they could get me to quit. The company that hired me as a trainee in the Indianapolis, Indiana office, the now defunct Commercial Union Assurance Company, also hired another woman for the Muncie branch and an African American man.

Until the women’s movement pressured Congress and American businesses to level the playing field, the careers available to women were limited: teaching, nursing, secretarial work, and factory jobs. There was one woman in upper management at the insurance company that hired me and I accepted the position because of her. 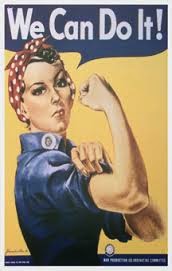 While there are still glass ceilings to break, enormous progress has been achieved in the years since Congress designated August 26th as Women’s Equality Day. Sadly, the day generally passes without anybody giving it a thought. But we owe ourselves the duty to commemorate this day and to celebrate the achievements that women have made since that time. Today we can compete in the market place for jobs in all sectors. While upper management at more conservative institutions remain populated primarily with white men, it is only a matter of time before women and other minorities have their places at the top. But we have to remember and give thanks to those who have paved the way.  I am grateful to those strong women of the early 70’s who fought for equality. And I am proud to have been part of the throng of women who persevered through some challenging years of having to be better, smarter, more flexible, more resilient, stronger, and more committed than my male colleagues to achieve success.

Next year, let us resolve to commemorate August 26th and Women’s Equality Day! Put it on your calendar now!
Posted by Vivian Harrington at 9:21 PM