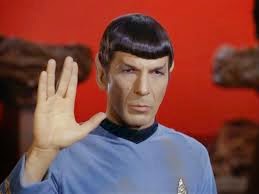 Leonard Nimoy, who portrayed the logic-focused Mr. Spock in the original Star Trek television series, passed into the great void at the age of 83 from COPD. His passing brings me sadness. But memories of his performances as the voice of reason on the Starship Enterprise bring a smile to my face that spreads warmth throughout my being. 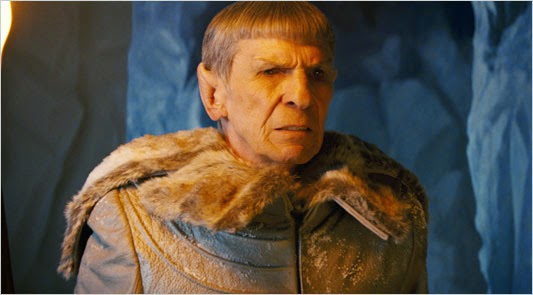 No, I am not a latter day “Trekkie” that dresses up as a character in the various incarnations of the Star Trek pantheon to attend conventions. But as a child my siblings, neighborhood kids and I played Star Trek in the late 1960’s and early 1970’s; and I always grabbed the role of Mr. Spock.  I made pointy ears from construction paper. We fabricated construction paper phasers, cardboard transporters, and mimicked our favorite characters with the backyard serving as any number of distant planets peopled with diverse aliens. 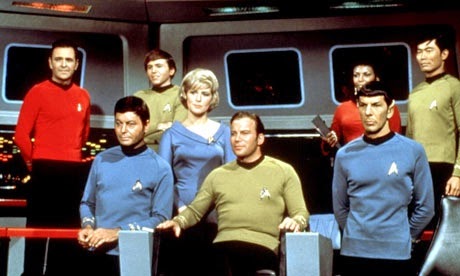 Few people really considered at the time how groundbreaking Star Trek truly was in 1966 when it debuted with the most diverse cast in television history: Mr. Spock – a half human/half Vulcan alien (of Jewish heritage); Lt. Uhura, an African American woman; Mr. Sulu, an Asian American man; and Mr. Chekov, a Russian in the midst of the Cold War.

It as Mr. Nimoy’s Spock that kept me glued to the TV screen. I was mesmerized by his Vulcan mind meld and wished my human self could master that Vulcan neck pinch to subdue my enemies. I practiced the Vulcan Salute until I was proficient with both hands and wished all to “Live Long & Prosper” and continued to watch late night reruns of the series through the 1970’s during my university years.

Despite my affection for the campy, overacting by William Shatner as James T. Kirk, the lyrical accent of Mr. Scott as portrayed by James Doohan, and the curmudgeonly Dr. “Bones” McCoy played by DeForest Kelley, it was Mr. Spock that won my heart. 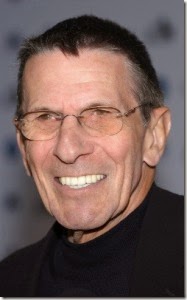 So rest in peace Mr. Nimoy.
Posted by Vivian Harrington at 11:03 PM