The Truth About Education in America

I urge all Americans who care about education in America to read this article that was published in today’s Wall Street Journal. It was written by Habi  Zhang, a Chinese doctoral student in the U.S.A. with a young son attending a New Jersey elementary school. Zhang illustrates why student in America consistently rank subpar in science and math compared with systems with a more vigorous academic curriculum. 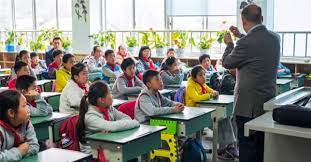 Over the past 40 plus years US educational standards deteriorated exponentially. It essentially began with the concept of mainstreaming students of all intellectual levels to avoid stigma. Consequently, the best and brightest were not challenged sufficiently to elevate personal performance unless they had the good fortune to attend a magnate school or a private school. Public education has been dumbed down. Homework became onerous, unfair, oppressive and racist because only those students with involved parents completed assignments.

Too much emphasis has been placed on feelings. Competition has been deemed counterproductive to a sense of well-being. The decision to employ electronic devices in the classroom has hindered the development of critical thinking. Grade inflation has rendered an A worth the equivalent of a C in the 1960s when 94% was an A- and 70% a D. 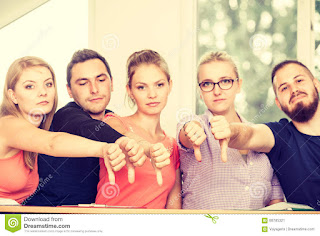 The only way to rehabilitate the education system in a return to basics, reinstating a focus on excellence and achievement, encouraging the study of history instead of social sciences, algebra and geometry and trigonometry instead of basic math with a calculator, a vigorous agenda for reading world classics, and the expectation that every student be held to the same standards without pandering or excuses or grade inflation or teacher political opinions. Return to requiring debates with students assigned a topic AND a position to argue. Otherwise, ya’ll had better start learning Mandarin.

Posted by Vivian Harrington at 6:13 PM