The political pundits and editorial writers have argued pro and con over the role of gerrymandering in the political stalemates that have clogged the ability of Congress to pass more than the most worthless of bills over the past several years. But taking the position that it is not at the least a factor is either naïve or self-serving or both.

Simply put, allowing the polity party with the most influence in a particular state to redraw congressional districts to benefit itself and ensure the safe seats of a fellow traveler even if it means drawing a district that resembles a Rorschach ink blot following each census is undue influence, unfair competition, and adverse to the principles a republican government. (the form of government- not the party) [Repeat after me….the USA is not a democracy! The USA is a republic!]

Voting districts should be drawn by non-partisan, independent committees using reasonable boundaries based upon geographical and population data that does not factor in political affiliation, ethnicity, socio-economic condition, favorite hockey team or hair color.

No member of Congress should be assured of re-election when the districts are re-drawn. This creates the aura of invincibility in a member of Congress that is unhealthy to the founders of our nation. Nobody should be assured of re-election. This is the antithesis to a government of the people, by the people and for the people. Instead, it is a government formed by elitists that want to hold onto power – not unlike the monarchy that our ancestors fought to separate from.

Unfortunately, most of our politicians do not have the incentive to change the status quo. And we, as docile sheep, have enabled their bad behavior. As long as we the people continue to accept this business as usual, it will continue.

Change starts at home. Gerrymandering can be stopped at the state level. But passionate believers in the sanctity of the Constitution, fair elections that result in every individual who is eligible to vote having his or her say, and our American way of life must take a stand and speak out. We the people have allowed weasels to lead us, stymie our growth, cause us to lose our standing in the international community, and slide down that slippery slope to irrelevancy. 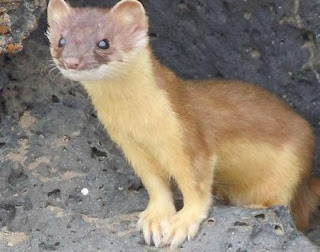 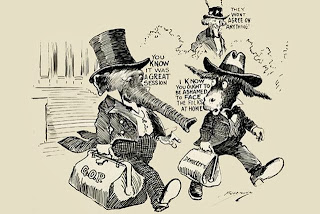 Posted by Vivian Harrington at 9:11 PM