While I would hesitate to label Tara Lynn a plus-size woman, the fashion industry has relegated any woman larger than an American size 4 Plus –Size.  Tara Lynn, 5'9" tall and a U.S. size 14-16, has graced the covers of several European magazines including Italian Vanity Fair, French Elle, Elle Spain and Vogue Italia. She is smolderingly gorgeous and sexy is a way that only a women with feminine curves can be. When is skinny woman tries to look smoldering with a sexy pout, she more often then not resembles a clone of Victoria Beckham -who always looks bored and slightly constipated.

I applaud the European fashion magazines that have made a concerted effort to change the perceptions of what constitutes beauty after some scandalous episodes when malnourished anorexic models collapsed or died trying to maintain their skeletal bodies.

This is not a new controversy. As early as 1976 when Susan Dey of Partridge Family fame revealed to Seventeen Magazine that she’d developed anorexia and bulimia while trying to maintain her lithe frame for modeling. I remember having a feeling of awakening wash over me when I read her story. At that time I too was anorexic and bulimic – first triggered by my desire to qualify for my high school swing choir. At that time the director made it clear that no fleshy girls need apply. Staying thin became an obsession. And with the explosion of media outlets in the 37 years that have passed since then, young women are constantly bombarded with the message that skinny is the ideal.

But throughout history until the second half of the 20th Century a curvaceous female form  has represented sensuality, sex, affluence, femininity, fecundity, and lushness.  Perhaps the pendulum is starting to swing back towards celebrating the beauty of real women.  It would be a fine beginning for one of the US Fashion magazines to feature Ms. Lynn. What do you think? 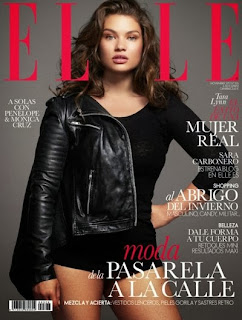 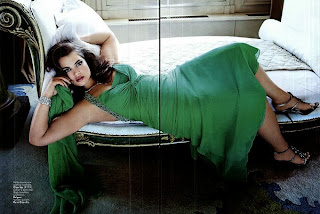 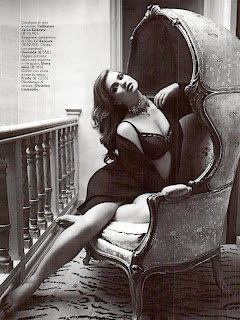 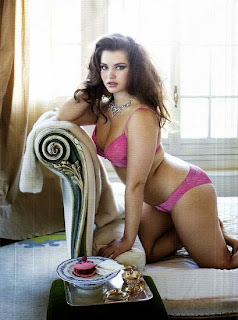 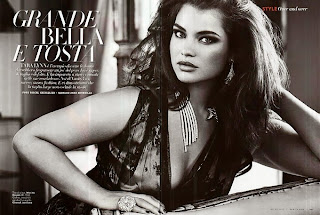 Posted by Vivian Harrington at 8:39 PM