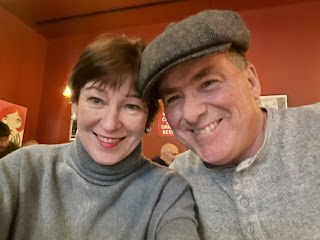 When bad men combine, the good must associate: else they combine, one by one, an unpitied sacrifice in a contemptible struggle~ Edmund Burke

I am appalled and embarrassed by the response of the Western World. Yes, I understand the reluctance to impose a no fly zone over Ukraine. But, my thoughts of the horrendous acts of Hitler come to mind. People turned a blind eye to the genocide and criminal acts of Hitler and his acolytes until war came to Pearl Harbor. Every military strategist believes that Putin will not hesitate to use illegal weapons to subjugate a democratic nation.

We watch, with heavy hearts, as Putin bombs a peaceful democratic nation filled with a free people who lived as we Americans live just a few weeks ago. Yet, all Biden, his climate mad progressives, and Western European nations really appear to care about is the continued importation of Russian oil. Yes, petrol is getting more expensive. But, I would bet that most westerners would prefer to drive less, fly less and turn down the heat in their offices and homes than watch with horror that is televised live as the brave Ukrainian people barricade themselves, hide underground, fight without sufficient arms, and listen to President Zelenky’s  pleas for help.

The US has engaged in stupid wars in the past with the philosophical belief that Communists should not encroach on other lands. Examples: Korea and Vietnam. Those countries did not have the critical geopolitical place that Ukraine holds in the modern world. The fact that John Kerry is more concerned about climate change than an illegal invasion of a European sovereign nation says horrible things about our current government priorities.

I am angry. I have more respect for Zelensky and the German chancellor than any figurehead in Washington. And the idiocy of a Kamala Harris makes me cringe.

Send planes. Establish a humanitarian no fly zone. Offer Russian soldiers amnesty in the West to defect. Do something other than wring your hands, speak platitudes, and apologize for being weak. Call Putin’s bluff.