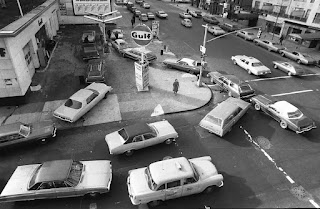 Apparently Joe Biden has forgotten the gas lines of the 1970’s when America was dependent on OPEC for fossil fuels and we were faced with the Iran hostage crisis. No doubt it is a convenient lapse of memory based upon his apparent need to keep the members of the  squad, who weren’t alive during the ‘70’s, in his corner. Or, more likely, dementia. 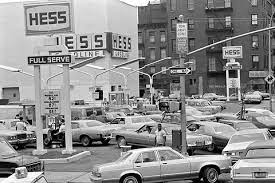 Whether one loved or hated a Donald Trump, he guided the USA into energy independence. The first thing Biden did after his inauguration was to crush energy independence in a misguided effort to enact green energy legislation on an accelerated trajectory. Apparently, Biden and his climate change activists have either ignored or really have no appreciation of the actual American geographical landscape. Really, Will alternative energy really be effective for transportation in Texas, Wyoming, Montana or Alaska? Not in my lifetime. Those who lead the charge for green energy do not depend on their vehicles for commuting or basic travel.
While Kamala Harris can express excitement over funding for electric school busses, how well will that work in rural areas? What about those of us who commute hours and 60 + miles for work? I personally do not want to risk my life traveling on a green airliner for a 15 hour flight from San Francisco to Tokyo. It is not as if one can charge a jet in mid flight. 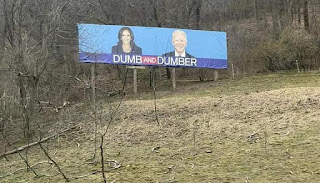 Now, thanks to the Biden energy debacle, we are once again dependent on foreign oil and natural gas. Instead of energy independence. Biden is begging despots to increase production so that we can import and support corrupt regimes.
Really! I agree that planning for alternative energy sources is a noble goal. But it won’t happen overnight. Think Texas during the big freeze of 2021 when windmills froze solid.
Idiocy. Pandering. Shortsightedness. A blind eye to reality. Dementia. Take your pick. Apparently, Biden & Company do not understand that people won’t return to city offices if it costs an arm & a keg to commute.
Posted by Vivian Harrington at 10:27 PM