~The Tragedy in Ukraine Should Not Be Allowed To Continue~ 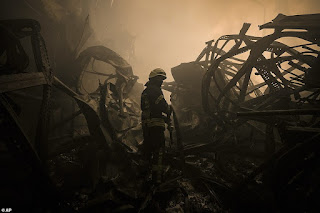 After WWII there was a global belief that such carnage must never be allowed to happen again. yet good people stand by and watch the atrocities on television, YouTube, iPhone and satellite image  unfold minute by minute, missile by missile, bomb by bomb, attack by attack and bullet by bullet as people are massacred and towns are destroyed by war criminals. It has happened in Afghanistan, Syria, Somalia, Iran, Iraq, Lebanon, the Balkans, Vietnam, China, Israel,  Georgia, and Chechnya in my lifetime. This wasn’t supposed to be possible. Humans were to have learned after WWII that killing on a massive scale violates every international law. But, the political realities result in handwringing,  moral outrage, ineffective sanctions and juggling political expediency over what is right. 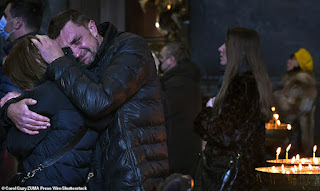 One would have thought that 160 years after Alexander Gardner published the first photographs of battlefield dead in the aftermath of Antietam in 1862, that humankind would have developed strategies to avoid such bloodshed. But, that has not happened. Today the world watches helplessly, with disgust, as Russia attacks a sovereign nation that is not a part of NATO while governments twiddle their thumbs and make excuses for failure to do what is necessary to support the people of Ukraine.

How can anybody with any sense of morality allow this to continue! Ukraine is a free country with a democratic ly elected government, peopled with individuals who grew up without the specter of totalitarianism governing every facet of life. Think! If it can happen to Ukraine, where people were living a month ago just as we do in the USA, it can happen anywhere.

Of upmost concern, a recent poll of American citizens revealed that many young Americans would refuse to take up arms to defend the homeland should something similar happen here. Wow!  Biden and his ‘green new deal’ cronies should hide in shame. I guess ‘never again’ was just a slogan. 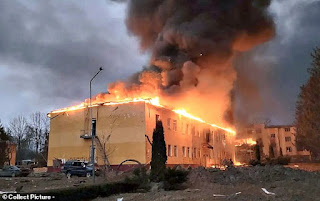 Posted by Vivian Harrington at 10:58 PM