The Washington, DC Metro SHOULD be a National Embarrassment~ 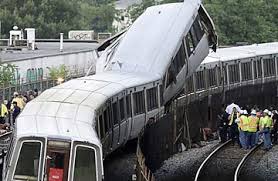 Americans like to consider the USA as the moral and military center of the free world. And Washington, District of Columbia, [aka D.C., Washington, the District, Washington, D.C.}, the seat of our federal government should represent that “shining city on the hill” that Ronald Reagan referenced to make “we the people” proud again.

The founding fathers conceived of a federal city with impressive architecture built on the banks of the Potomac, to serve as the Capitol of our new nation. Congress authorized the building of the Capitol Building, the White House, the Washington Monument, the Jefferson Memorial, the Lincoln Memorial, and a city built on a grid system that made it easy to navigate. I’ve no doubt if those who argued, compromised, served, and fought for our freedom would be horrified by the current state of the public transportation managed by the Washington Metropolitan Area Transit Authority (WMATA).

BUT – our elected officials do not ride the subway system in our national Capital, known as Metro. If they did the system would not be stuck in 1976. When Metro first opened for business it was impressive – a clean, efficient, 1st world public transport system that was the pride of DC. Visitors throughout the world who came to D.C. lauded the Metro, which today transports 700,000 people on a daily basis. Except – tomorrow Metro will be closed. Yep, the system that was the envy of the world 40 years ago is a mere shadow of its heyday. Today, it is a broken system, under-funded, run by bureaucrats, operated by union labor that cares not one whit for its customers, and a danger to riders.

D.C. has the second worst if not the worst traffic gridlock in the U.S.A.  The D.C. Metro has the second largest ridership in the country after the New York City subway. New York may have rats, but the subway operates efficiently. The D.C. metro is dirty; the escalators don’t work; there are no toilets; the ticket machines often don’t work; the trains are inconsistently operated; there are daily delays; the electronics have not been updated since the system was inaugurated; the D.C., Maryland, Virginia, and federal governments have argued over funding, expansion and maintenance and oversight.

When I commuted to an office in D.C. daily I was at the mercy of Metro. At least twice per week every rider was forced to disembark because of some unknown reason, and wait – sometimes for 20- 30 minutes – for an opportunity to board another train. In the meantime prices kept increasing. Customer service took a nose -dive. Reliability became non-existent; frustrations rose; ridership dropped; trains became less frequent; and nothing got better.

There have been numerous events that resulted in injury or death to riders. And yet – nobody seems to take ownership of the crisis! 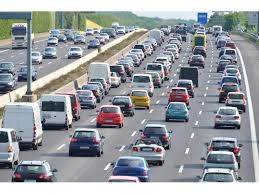 I am embarrassed. I am also one who has abandoned Metro. Instead, if I have to go to D.C., I drive. I spend 3 hours each way to drive from my home to my office to avoid the fear of death or at least the inconvenience of public transport. This is not the way it should be.
Posted by Vivian Harrington at 9:38 PM