Clothes Do Matter ~ Dressing for the Job You Want

Clothes make the man. Naked people have little or no influence on society. ~ Mark Twain 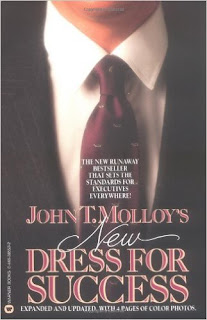 During and following the 2016 US Presidential Election people have expressed anger, frustration, surprise, shock and disdain that much of the electorate in part judged Hillary Clinton’s suitability for office based upon her much maligned wardrobe. Her ardent supporters argued that clothes don’t matter; she should be judged instead upon her views, her passion, the fact that she is a woman and her years of experienced in government.

For me Ms. Clinton’s wardrobe misfires contributed only a scintilla of the basis for my inability to support her candidacy. However, for many people her lack of sartorial elegance, focus on tailoring, or her just plain flawed sense of fashion stated boldly, “I do not care how I look; I do not really want to be president; fashion is inconsequential; respect me for my mind and excuse my wardrobe.”

But that is not how we as humans react or respond. An individual only has a few seconds to send an initial impression; and if it is negative, it takes enormous effort to change that first impression. It is for this reason that image consultants thrive in modern society. It is also why John T. Molloy became a best selling author with his Dress for Success books in 1975 and 1977. Molloy offered men and women scientific research to support the theory that clothes matter. He positioned that one should dress like he/she already had the job.

A potential employer will judge an applicant’s likelihood of fitting into a company’s culture based upon the job-seeker’s clothing choices, hairstyle, grooming, shoes, visible piercings or tattoos, facial hair, or appropriateness for the occasion.

Rightly or wrongly, people judge us on how we present ourselves to the world. Some argue that men are not judged as harshly as are women. That is to some degree true; however, Ronald Reagan was judged negatively for wearing brown suits when it is believed that only dark blue or gray exude power and gravitas. Barak Obama created an uproar when he wore dad jeans.

Because men in the business and political worlds rely upon classic suits to look professional it is simpler to project the image one expects of a leader. However, there are landmines to avoid such as a European cut or a double-breasted jacket. Women have more leeway in presenting a professional image; however, it remains the fact that it is safest to wear a well tailored traditionally styled navy, gray, or black suit. This look represents power, intelligence, confidence, and success.
Posted by Vivian Harrington at 6:49 PM