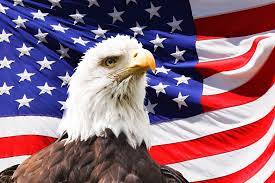 Travel is fatal to prejudice, bigotry, and narrow-mindedness, and many of our people need it sorely on these accounts. Broad, wholesome, charitable views of men and things cannot be acquired by vegetating in one little corner of the earth all one’s lifetime..Mark Twain

I have been privileged to travel extensively through Europe and East Asia which included 6 years living abroad. Living on foreign soil gave me the opportunities to break the bubble of organized tourism that most Americans, including those in the political class, experience. Those who travel in that bubble on the plush heated or air conditioned coach, or luxury staterooms on a cruise, stay in western style hotels, and dine in carefully selected restaurants do not truly see a country. Instead, these travelers are escorted by guides or handlers to meetings, historical sites, cultural shows, museums, ruins or places that insulate the traveler from scenes of poverty, pollution, environmental devastation,  oppression, disregard for safety or government surveillance. ( with the exception of Kuala Lumpur where they drive tourists by the prison and mention execution for drug possession).

In the USA at this moment we have cultural and political divisiveness that is exacerbated by 24/7 media, partisan politicians, inflammatory rhetoric, an undereducated population taught that the sins of the Founding Fathers stain generations of sons and daughters, the devaluation of a liberal arts education that teaches critical thinking, an inability to recognize that America promises opportunities but not outcomes, and that we the people can alter the course of history by getting involved at the grassroots level and working to change what we don’t like through peaceful persuasion.

I’ve spoken to a multitude of immigrants who came to this land for political freedom, religious freedom, freedom of protest, the right to due process, the right to avoid persecution, the ability to start with nothing and create a peaceful life, a small business or a conglomerate, a chance to start over, the right to an attorney if arrested, the presumption of innocence until proven guilty beyond a reasonable doubt, an infrastructure that provides people with access to clean water, mostly well paved roads, safe air travel, safe food, free primary and secondary education, libraries, and the right to remove government representatives we don’t like by casting a vote.

I still believe that America 🇺🇸 is the land of the free and the home of the brave. Contrary to what many want us to believe, this is not the most tumultuous time in our history. Read it. All of it. The good, the bad, the ugly, the great, the individuals who remain for the most part unsung heroes or heroines in somebody’s life.

I felt most fortunate to be an American while   celebrating Independence Day in Taipei, Taiwan, a place separated from PRC by the 110 mile Taiwan Straits, shortly after the crackdown in Tiananmen Square, knowing I had an American passport and a ticket to freedom.

Posted by Vivian Harrington at 11:49 AM