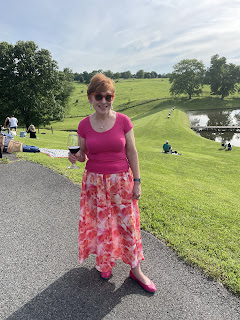 The 49+ year debate over a woman’s right to terminate an unwanted pregnancy baffles me. Why does anybody not involved in the decision care? How does this decision adversely affect another? Why do Right To Life people believe they should have any influence over another woman’s choices? Are any of these people donating significant dollars to raise an unwanted child?
I was raised Catholic. I tend to support the Libertarian view that another individual should not infringe my rights in my bedroom, on my property or in my bank account.
While I do believe from a strict reading of the Constitution that abortion is not specifically enumerated as a right, the 1973 court created a right with twisted interpretation. As Congress well knows, once a program or a right has been deployed, withdrawing that program or right becomes a hornets nest.
There has been a lot of discussion about legal precedent. Much has been said about the overturn of decisions such as Dredd Scott and Plessy. These cases were clearly wrongly decided. And the decisions to reverse course has been argued to support overturn of Roe.
But, there is a significant difference. Plessy and Dredd Scott deprived people of rights they should have had under the Constitution. Roe created rights that never existed and were not enumerated in the Constitution. Overturning Scott and  Plessy righted terrible wrongs and reinstated rights that should never have been abrogated.
But Roe created rights that had not been previously conveyed. American women relied on these created rights for 49 years. Withdrawing rights previous confirmed, notwithstanding the original error, is inexcusable. Women have come to depend on the rights expanded by Roe. How is removing the right to a safe and legal abortion any less heinous than attempting to nullify Medicare, Aid to Dependent Children, SNAP, or. Medicaid?
Again, why do you care? If you want to have a kid, do it. But do not tel anyone else how to live  their lives. Unless you plan to adopt, pay for and raise an unwanted child, STFU ! This issue should not be the subject of legislation in the states or the federal government.
And, if you really value life, don’t buy oil produced in Saudi Arabia. Don’t buy any goods manufactured in China or Mexico. Don’t purchase anything made Russia. Don’t put grandma is a nursing home. Invite a homeless person or refugee to live in your spare room.
Posted by Vivian Harrington at 11:40 PM