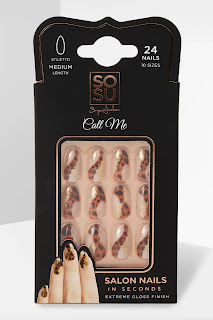 Those  of us of a certain age surely remember the cheesy commercials from the. 70’s advertising Lee Press on Nails. We howled with laughter at  the awful faux fingernails that resembled construction paper pasts ons. Press on nails did not compute. They seemed tacky and low brow. But, those of us at the tail end of the Baby Boomer generation still had youthful, strong fingernails that could flick the pull of a Coke can with nary a scratch. 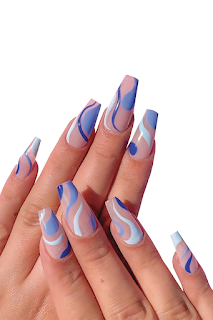 Forward 45 years. Our strong as horse hoof nails have deteriorated to thin, brittle shadows that we never expected. When my mom complained of skimpy nails I suggested she embrace jello. Well, apparently diet can’t save us from the vagaries of aging.

WTF! I awakened one day to discover my previously concrete nails had become brittle, thin, sad, ridged, aged examples of deteriorating youth. This I never expected. I thought strong fingernails were ageless. How wrong!

So, a few weeks ago I read about the modern glue on nails that received rave reviews. They became popular during COVID lockdowns. I was suspicious of the product. But, I started to conduct red arch and discovered that glue on/ press on nails had evolved exponentially in the last decades including mail safe glue and an abundance of options in length, shape, application and price point. Wow! I am amazed how natural they look with easy application att a price point far less than even a regular manicure that lasts less than a week. 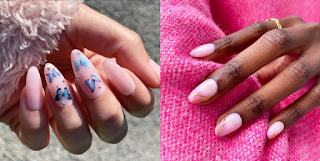 I am sold! You can buy these press on nail at the grocery store, Target, Walmart and specialty retailers online.

And if a nail falls off, you can glue it back on. No downside. Lots of options. And a set lasts up to 3 weeks.

Posted by Vivian Harrington at 12:13 AM