I love giving stuff away almost more than I enjoy acquiring things. For me, shopping is fun; it is a hobby; and for a time in my life I used shopping rather unsuccessfully in an ill-fated attempt to fill a void- a seemingly bottomless deep black hole that left me feeling alone and insecure. Buying new clothes, shoes, china, lamps, artwork, porcelain or jewelry brought me satisfaction and joy – at least for a little while.

At times it seemed as if I were merely a collector of things. At one point in the late 1980’s I had 176 sweaters – and I was living in a sub tropical environment where the temperature never dipped below 70 degrees Fahrenheit in the midst of a severe winter. Then I’d be overcome with the need, the moral imperative, to purge the excess post haste. I would rummage through cabinets, closets, bins, boxes, chests, and crates tossing items I’d never worn or barely used and would donate them to charity. Then I would feel free and start all over again.

Now, the void is gone and I live a life filled with positivity, love, joy and abundance. But I still shop- although more responsibly - feel cleansed when I eliminate things that are no longer useful to me. I only donate what is in tip-top shape, something I would give to my mom or a good friend. It abhors me that so many people use charitable donation sites as a dump. If it isn’t good enough for your best friend, it should go in the trash!

So this evening, both my husband and I were struck with the desire to sweep out some old and make room for the positive flow of energy. Maybe it is part of the ritual of spring renewal. But I feel lighter now that my closet is free of things that no longer bring me joy. Now, time for some vino and home baked bread.

This evening at yoga the class mantra was ABUNDANCE, which has been my personal mantra for the past several years. I’ve written about ABUNDANCE in the past. But it is a recurring theme for me and I feel compelled to emphasize that an abundant life is in reach for everyone.

Whenever I need to focus on positivity and force any negative elements from my mind, I repeat the word “ABUNDANCE” until I feel the abundance in my life.  I also practice repeating positive affirmations to keep me focused on living a life filled with peace, tranquility, serenity, love, good fortune, joy and abundance.

Cultivating an abundant life of positivity was, for me, a long journey that required me to change my entire thought process. It took work, meditation, releasing resentments that I’d carried for sometime decades, acknowledging that I must accept people as they are or conclude the relationships no longer serve me, learning to decide and then focus on what, to me, means a life of abundance.

Living an abundant life means different things to various people. For me, it consists of enjoying our house in the country where I can watch the birds at the feeder, adopt the abandoned cats that find their way to our yard, cultivate flowers and tomatoes, see the beauty of the sunrise and sunset from my window or deck, drive a convertible with the top down on a sunny day, share my days and nights with a partner that fills my heart with gladness, having the privilege of working for a company that treats me well and pays me to perform work at which I excel and that I enjoy, listening to music that makes my heart sing or sitting quietly with the silence just experiencing calm, celebrating my good fortune that I have a loving family and awesome likeminded friends, and appreciating the opportunities for continued growth through diverse experiences.

Posted by Vivian Harrington at 9:17 PM No comments: 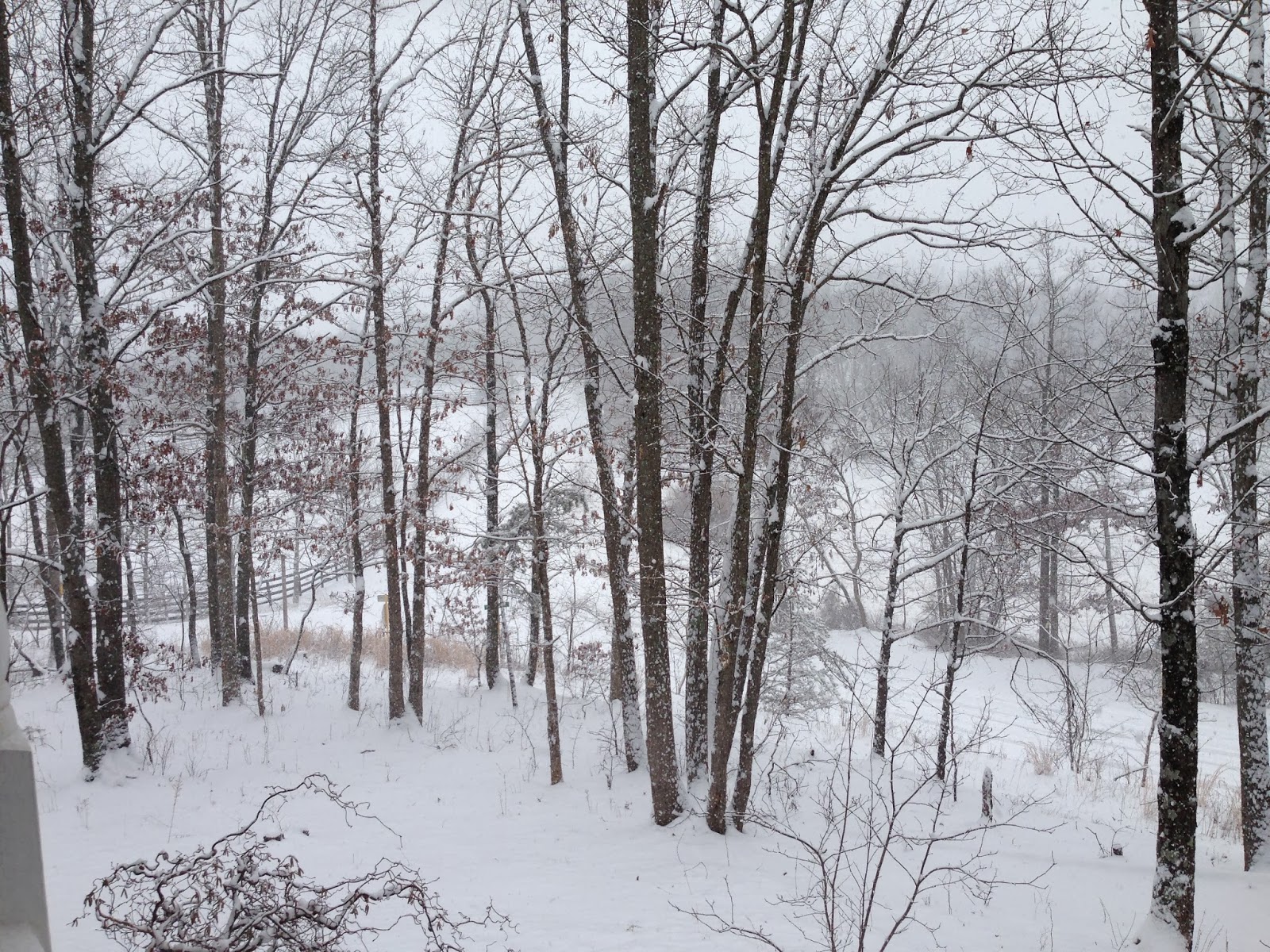 As I was drinking my espresso and gazing out my window into the snow covered yard this morning I was struck by the sheer beauty of the absolute silence. My husband was away; the cats were snoozing; there were no sounds of traffic to disturb my peace.  Nothing interrupted the stillness – not television, a radio, the hum of the dryer, or even the ringing of wind chimes. I was enveloped in total silence and it was blissful!

I am an individual that cherishes moments without the distractions of modern intrusive sound. At times I find the blaring of electronic sounds almost hurtful. For me to experience true peace and harmony I crave silence. It is not the absence of sound – for there are always sounds among us. But some sounds that are just part of our natural universe are not intrusive.

My husband loves the company of the TV or radio or I-Tunes. I prefer to work or read or meditate or just exist in the present moment without distraction. I not only think more clearly, but also feel less stress when my environment is quiet save the dulcet hum of the cat’s purr as he rests on my lap or the chirp of a bird at the feeder. 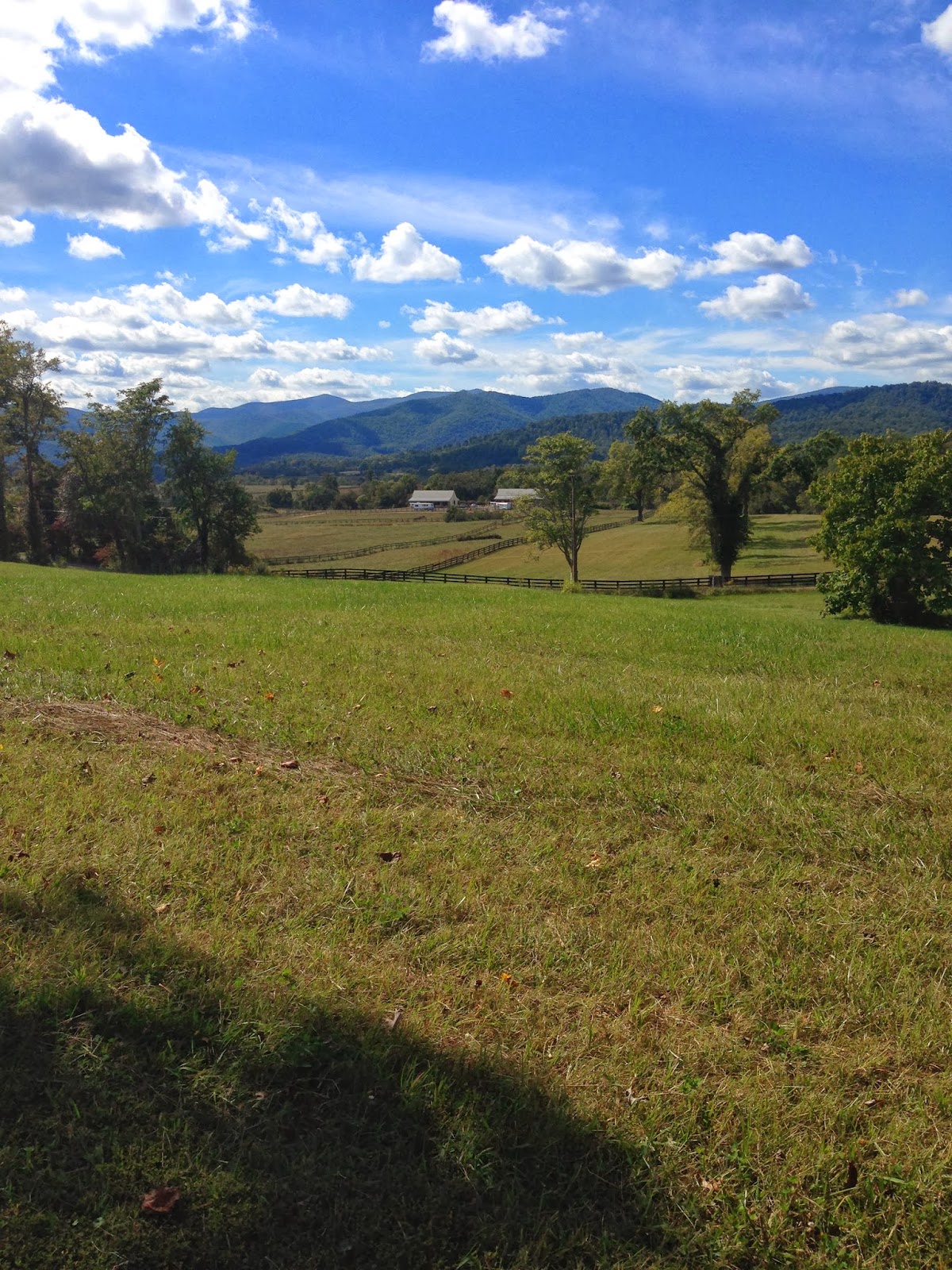 Perhaps ultimately, I am attuned to the sounds of nature; and even though I love music and appreciate the technology of our current world, a part of me is more comfortable with the past, a time without constant electronic distractions. It is easier for me to just be, when my environment is silent. 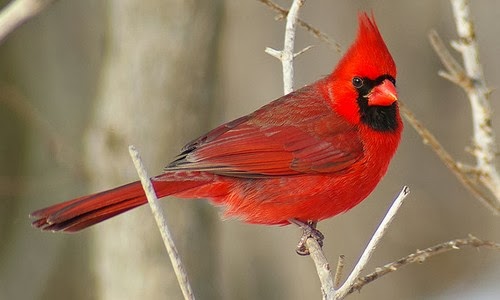 Posted by Vivian Harrington at 9:24 PM No comments: 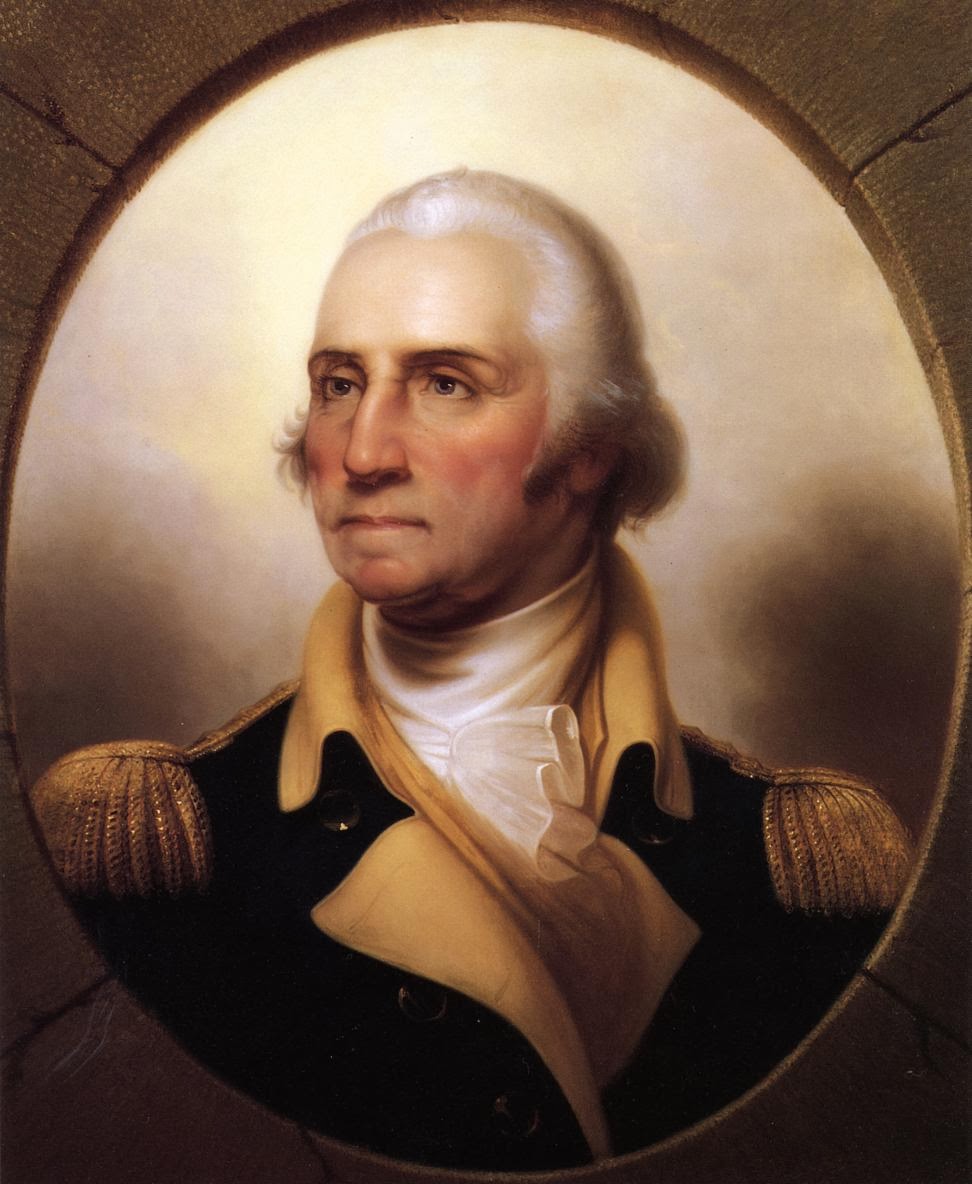 When I was still a wee young thing, we celebrated George Washington’s Birthday on February 22nd and Abraham Lincoln’s Birthday on February 12th – although only Washington’s Birthday was a federal holiday. Still, it just seemed right to set aside a day to honor the father of our country and first president, who was the only man even considered by the founding fathers to serve as the first president. He was that respected by his peers!

But in 1968 Congress, in its infinite wisdom, spent valuable time and resources debating and ultimately passing the Uniform Monday Holiday Bill, moving specific holidays to Mondays in its efforts to promote shopping. Ostensibly, members of Congress attempted to argue that the 3-day holidays would promote family togetherness, allow citizens more opportunity to partake of hobbies, educational and cultural activities, and to improve commercial and industrial production by minimizing the interruptions caused by midweek holidays and reduce employee absenteeism before and after the midweek holidays.  But ultimately, it was to promote shopping.

By 1971 when the law was enacted, George Washington had lost the commemoration of his birthday and the newly minted “Presidents Day” was on the books. Granted, initially, it was thought Americans would jointly celebrate the birthdays of Washington and Lincoln on the 3rd Monday in February.

But today, there is little to no focus on celebrating these two great presidents. Nope, they are unceremoniously lumped together with Franklin Pierce, Warren Harding, James Buchanan and Jimmy Carter. What a travesty! It’s not that I don’t appreciate the occasional 3 day weekend – but if I’m not celebrating an event worthy of commemoration, it is just an excuse for retailers to advertise the biggest sale of the year, until next weekend’s Thursday night preview of the 1-day sale that will last 3 days. 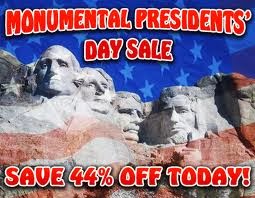 George Washington deserves better from us!

Posted by Vivian Harrington at 8:04 PM No comments: 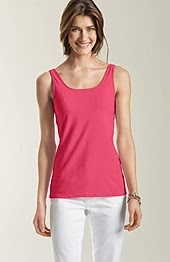 Now that I’ve already nabbed one of every color in my size, I will happily spread the word. This weekend J. Jill is offering 30% off already marked down prices on online sale and outlet merchandise.  http://www.jjill.com/jjillonline/

While I am not an avid J.Jill shopper since I tend to prefer more flamboyant fashions, J.Jill is a great resource for basics. You can’t beat the sale price on the Perfect Tank, which is offered in 19 colors and sells for $6.99 {Misses & Petites} and $8.57 {sizes 1X – 4X} with the additional 30% off.  Use the code PRESFS at checkout for free shipping on purchases over $100.  Even in winter I tend to wear a tank under a tunic or with a cardigan since my “personal unregulated internal heat source” keeps me away from my former preference for turtlenecks.

Another excellent buy – the Linen Big Shirt, which comes in multiple colors and as the “outlet item of the week” sells this weekend for $24.99 plus an additional 30% off. Last summer full price @  $69.00. 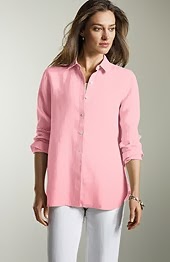 For the current season or to stock up for next fall, I can also recommend the corduroy leggings [currently $49.99 plus 30% off] and the Shirred-Back Pin-cord Tunic {$39.99 plus an additional 30% off}. I’m wearing the cinnabar tunic as I write this. 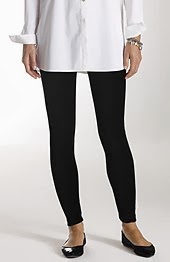 So let your fingers do the shopping and grab some bargains this holiday weekend!

Posted by Vivian Harrington at 1:10 PM No comments: