None So Blind – An Inspector Green Mystery by Barbara Fradkin

None So Blind – An Inspector Green Mystery by Barbara Fradkin 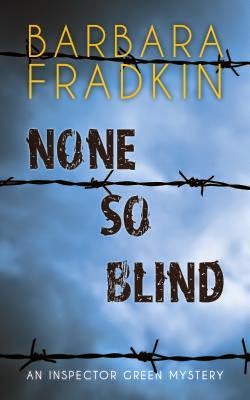 None So Blind is a novel in a series by Canadian author Barbara Fradkin involving the fascinating Inspector Green. I love police procedurals and investigations into murder.

This book, although a bit slow at the start, reeled me into the life of Inspector Green of the Ottawa PD, who has been receiving correspondence from a convicted murderer protesting his innocence for 20 years years. While Green believes he had a righteous arrest and conviction, there are developments that cause him to question his youthful exuberance and take another look at the evidence that seemed rock solid.

I thought this was a well-crafted story. I did not deduce the solution until the very end. And the final piece of the puzzle was not one of those wrap ups that made no sense. The bits fell into place and made sense, but still presented a surprise.

Apparently this is the 10th installment in the Detective Green series. It will be published in the USA this fall. The best recommendation I can offer is that I would happily read the earlier offerings in this series.