While a MacBook Pro may be a workhorse that tirelessly keeps on ticking like the Timex watch John Camron Swayze tested underwater or the fluffy pick drumming Energizer Bunny, mine died a painfully slow death and succumbed to a frozen cursor and an error screen that even seasoned Apple Techno Geeks had never seen previously. As always when it comes to laptops, mine never approach normal life expectancy.

Granted my MacBook Pro hung on longer that its predecessors achieving the grand old age of 4.5, which is computer years is ancient. But I'd heard legendary stories of Macs continuing to sputter for twice that long. Alas, not in my world.  After consulting all of the Apple community groups, technology sites, Apple Support and oracle cards, I gave up the ghost. I followed all of the tips, suggestions, guaranteed success strategies, hail Mary passes, reboots, reconfigurations, and obstacle courses only to conclude and be told by the "experts" that the laptop is no more, pining for the fjords, stunned, demised, pushing up daisies, bereft of life.

Rather than mourn the dead laptop, I conducted some urgent research and decided to replace it post haste with a cuttlefish....I mean a  lighter-than-air MacBook Air with twice the RAM of the dearly departed and half the heft. My OCD kicked in at warp speed and within less than 24 hours I was communing with the iCloud to populate my latest technological wonder with data. 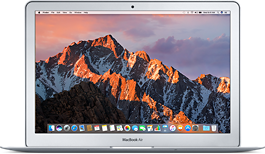 And to think in my formative years I eschewed the concept of taking a course in computer science because it would surely be a flash in the pan, a cumbersome machine that filled wall to ceiling rooms the size of football fields and required knowledge of indecipherable gibberish known only to wizards and scientists to master.

It is almost unimaginable that only 20 years have passed since the personal computer started to become common place in the home. My first PC was a used 386 that I got from my brother in a multi way trade in which he received my sister's bad karma diamonds, I was given the computer, and my sister rid herself of an albatross. [I kid you not, within a short time after gift his wife with the bad karma diamonds, she fled the scene.]  Little did I know that this primitive venture into the modern world would create my irresistible desire to stay connected through cyberspace with a serial compulsion to replace my iPhone, iPad, laptop and backup Windows laptops whenever something updated comes along. 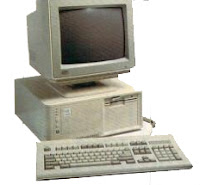 But truly - myMacBook Pro gave its all. But as with all of my prior discarded laptops (and I can remember at least 5 in the last 12 years), my husband will likely find a way to raise it from the dead and put it to use for one of his hobbies or projects. Good luck with that!

Posted by Vivian Harrington at 10:08 PM