Before 9/11 and the fear of terrorist attacks there were international air carriers that allowed civilians to join the flight crew in the cockpit of a commercial airplane. Okay – so maybe it wasn’t really official authorization rather than turning a blind eye to pilots that were bored and sought entertainment beyond the Daily Mail or National Enquirer. When a plane is an autopilot it can be quite dull.

I had the good fortune to twice be invited to join the captain and co-pilot on the flight deck of a Qantas Boeing 767 en route to / from Hong Kong to Singapore. It was the early 1990’s. The pilots were for the most part retired RAF.  I was traveling throughout Southeast Asia (often alone) as the dependent spouse of an international salesman. 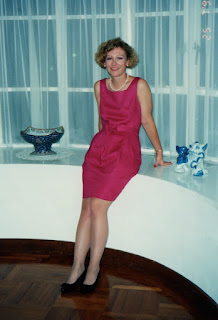 Because of some airline tragedies that had adversely affected my psyche in my youth, I had discomfort with flying.  However, I’d spent two years on Taiwan and learned that it was preferable to depart by air on a regular basis rather than inhale the toxic fumes of Taipei. So I embraced the chance to experience flight from my perch with a view through the windshield. It was intoxicating! For the first time I was filled with the excitement of flight and an understanding of the adrenaline rush that one felt when the plane lifted off the ground and the mesmerizing view one feels banking over a mountain with the lights of a vibrant city or seafaring vessels in the harbors below. I felt an exhilaration I’d never known before.

I will never forget the beauty of the expanse of land and water that I saw through that window. It is so different from the view that one has from the portal in the body of an aircraft.  To have been asked not just once but twice to enjoy this experience is almost mind-numbingly joyful!

Sometimes I wish I could reach into the past and revel in those experiences that I took for granted. Alas, that is not possible. But at least I have the memories.
Posted by Vivian Harrington at 9:27 PM