We Are A Secular Federation!

Dear Obnoxious Politicians~ Understand We Were Formed As A SECULAR Nation~ 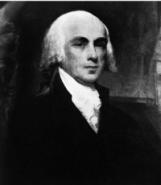 James Madison on the need for the “separation of powers” because “men are not angels,” Federalist 51 (1788)

As the numerous candidates for both major political parties juggle for position all too prematurely for the primary / caucus season that will be all too soon upon us, I’ve already become weary of the onslaught of hyperbole and propaganda spewed by those pandering to evangelicals.

"Is uniformity attainable? Millions of innocent men, women and children, since the introduction of Christianity, have been burnt, tortured, fined, imprisoned; yet we have not advanced an inch towards uniformity. What has been the effect of coercion? To make one half the world fools, and the other half hypocrites. To support roguery and error all over the earth." --- Thomas Jefferson, from "Notes on Virginia" 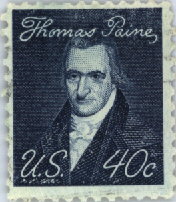 "All national institutions of churches, whether Jewish, Christian or Turkish, appear to me no other than human inventions, set up to terrify and enslave mankind, and monopolize power and profit."

Despite the fact that the Constitution guarantees a separation of church and state, many candidates are targeting their campaigns to those of religious faith and attempting to rally the conservative agenda again around issues that should best be left to the individual. 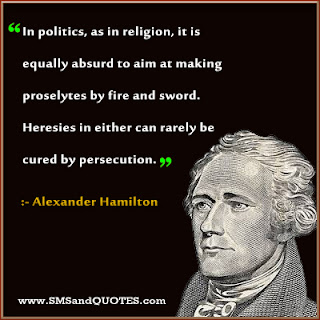 Any true student of American History knows full well that our founding fathers advocated a secular government that was not beholden to any particular sect or faith – including Christianity. The collective genius of Franklin, Jefferson, Madison, Hamilton, Jay, and John Adams knew that to mix government and religion was folly. These men were scholars of the classics and of history and were well aware that the people that came to this continent were escaping religious persecution, long-term prison sentences or death, or seeking wealth. None of these reasons meant tying the government to the beliefs of either the many or the few.  Indeed, the words “ In God We Trust” we not engraved on our money until the time of the American Civil War in 1861. 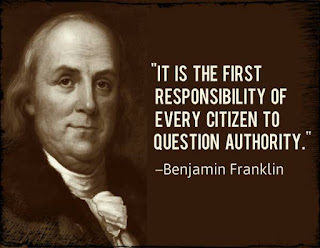 It is my argument that any attempt by politicians to foist the moral or religious views of any faith group on the general public is adverse to the text and spirit of our Constitution. 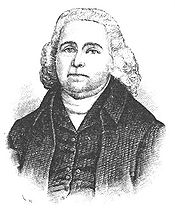 “God has appointed two kinds of government in the world, which are distinct in their nature, and ought never to be confounded together; one of which is called civil, the other ecclesiastical government.”

As such I will support politicians that:

1)            do not discuss any religion;
2)            do not try to impose his/her moral core on me or my brethren;
3)            support my right to bear (or bare as the case may be ) arms;
4)            do not invade any decisions that I make with my physician;
5)            do not try to tell me how to behave in my home;
6)            support the rights of all people no matter their race, creed, sexual orientation, disability, faith, country of origin, color of their hair, number of tattoos, or socio-economic level;
7)            believe in equal opportunity for education for all;
8)            accept that the 14th amendment gives citizenship by birthright;
9)            appreciate that people who marry those from other countries should be able to bring their spouses to the USA and that those persons should not be treated unfairly by immigration officials;
10)         allow all citizens to use alcohol, narcotics, street drugs or whatever as long as they do not drive or operate heavy machinery that puts others in danger;
11)         allow scientists to conduct studies for the greater good even if some believe the techniques are immoral;
12)         will support the position that it is the duty of all citizens to contribute to their communities rather than the duty of the government;
13)         support investment in infrastructure such as our failing bridges, railways, interstates, and roads;
14)         rather than attack planned parenthood, encourage the community to distribute free contraceptives to avoid unwanted pregnancies;
15)         insist that community service and charitable organizations develop ways to see that children that are actually born are given a chance to thrive rather than argue that abortion should be barred.  Really, this has been a problem for centuries!!
16)         Eliminate income tax on individuals – impose a VAT
17)         Corporations/ states/individuals should ensure that all state institutions of higher learning are free to qualified students for undergraduate degrees. If an elementary & secondary education is provided to all, a university education should be available to all in-state students as well. The only cost should be room and board.
18)         Unfair competition must be discouraged;
19)         The rule of law must apply equally to all;
20)         Tort reform, tort reform, tort reform, tort reform, tort reform,

Okay – I’ll climb off my soapbox for tonight. But I am discouraged by the dearth of qualified honest candidates that have tossed hats in the ring thus far. No wonder a great majority of the American electorate stays home to watch Entertainment Tonight.