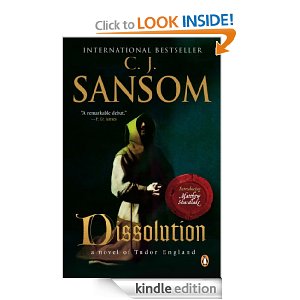 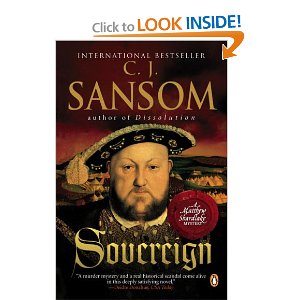 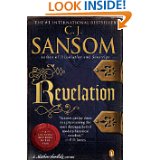 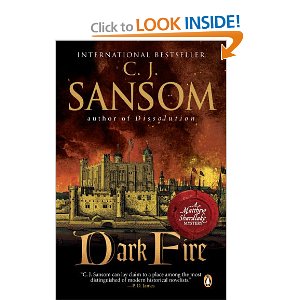 Today I finished the 5th book in this remarkable series of historical fiction by C. J. Sansom. “Heartstone”, which takes place during the attack by the French Armada at Portsmouth in 1546. In this most recent entry, Shardlake has been retained by Queen Catherine Parr to investigate a ward ship that may have been exploited for financial gain.

For anyone who enjoys a good mystery combined with the fascinatingly solid historical research that vividly describes the fear, corruption, filth, and intrigue of mid 16th Century England, this is a series for you.

Sansom’s inaugural work, “Dissolution”, which was published in the UK in 2003, is set in 1537 and involves Matthew Shardlake, a hunchback lawyer, who is working for Cromwell, who has dispatched him to investigate a murder on the grounds of a monastery during the English Reformation.  I am an unapologetic fan of anything Tudor and found myself immersed in the political intrigue and machinations of the time.

After my first taste of Shardlake, I wanted more and eagerly awaited each new installment.  The character development is excellent. Shardlake begins his career as an idealist. He believes in right over might. He is an honest man in a time where expediency and political advantage reign supreme. His closest friend is a Moor named Guy. He is shunned because of his disability. But he soldiers on to do what he must for his clients, who are generally among the more disadvantaged.

I like Shardlake. His experiences bring him into the midst of contentious situations. He has powerful people among his enemies – among them, Sir Richard Rich.  But he never loses his resolve to do what is right in the dangerous world of Tudor England.

For anyone with a fascination of Tudor England and a love of mystery and intrigue, I highly recommend giving these books a try.

Posted by Vivian Harrington at 7:50 PM