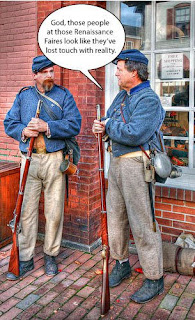 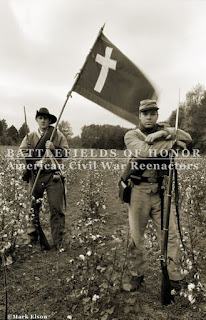 As we prepare for the first of two commemorative reenactments for the 150th anniversary of the Battle of Gettysburg that will begin this Friday, it is important and fascinating to appreciate how this most American of wars has resonated with others throughout the world.

Yes, there are groups that study the American Civil War (“ACW”) and participate in reenactments outside the USA and many of those re-enactors will journey to Gettysburg, Pennsylvania to participate in this historic event.  There are at least two active ACW groups in England that hold regular events. There are ACW re-enactments in France, Germany, Denmark, Sweden, Australia, Italy, and Holland. We have had the pleasure to meet and photograph some committed living historians that travel to the US one or twice annually to participate in specific qualify events.

One might wonder why someone from across the seas would care about the ACW. Why not? We Americans study the history of other nations. I love the study of the 100 Years War, the English Civil War, the War of the Roses, the French wars against the Cathars, any conflicts of the Middle Ages, the wars of the Holy Roman Emperor, the wars between Spain and the Moors…..okay – you get the picture.  War is terrifying and fascinating.  The ACW has the distinction of being the first war for which photographers captured the true cost of battle and publicized the images of dead soldiers to the general public. Before the ACW, war was romanticized by the heroic paintings of Court artists that were tasked with inspiring the citizenry by the valor of those who died for a glorious cause. There was no actual documentation of the dirty, horrifying, agony of death on the battlefield.

And, the ACW uniforms are really cool, particularly early war Confederate uniforms.  Confederate uniforms are much more fun, stylish and swoon inducing to women than those bland arsenal issues by the federal army. And from a woman’s perspective, there is something undeniably appealing with wearing a voluminous skirt over a cage crinoline with one’s waist cinched in an ever-so-flattering corset.  If only the ladies footwear of the ACW period were more attractive! I personally, as a woman who loves fine footwear, find even the most stylish boots lacking.  But I can say that I did feel of that era as I sauntered down the spiral staircase at the White House of the Confederacy last Saturday.

So welcome to all who come to honor those who came before us at Gettysburg! Come by and say hello!

Posted by Vivian Harrington at 9:41 PM