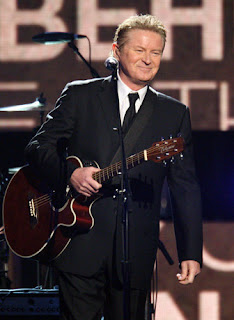 While I was growing up in the 1960’s and 1970’s my parents always watched the evening news and ended the day watching the 11:00pm local news. It was a ritual. For my parents, the 11:00pm news is still a ritual. However, they aren’t glued to the Internet most of the day.

As a young adult I always subscribed to home delivery of the local paper- be it the Indianapolis Star, the Dallas Morning News, the International Herald Tribune, The South China Morning Post, The Frederick News Post or The Washington Post.  I always read USA Today while traveling.  I found nothing so luxuriously self-indulgent on a Sunday morning than lazing about with a mug of hot coffee and the paper.  But, I no longer even read a paper unless I’m on the train or an airplane.  I rarely pick up a magazine and only watch the local news for the weather and traffic, which NBC4 in Washington drags out so one must stay tuned to find out the entire weather forecast for the day.

No doubt part of the change is due to the ready availability of 24/7 news on the Internet.  But for me the real cause if the media focus on infotainment.  With the exception of NPR, there is little cause to celebrate news stories. The media manufactured sensational stories that focus on what should be local new such as Casey Anthony and George Zimmerman and Jodi Arias have turned me off.

News reporters should be unbiased. They should not create news. I know that sounds a bit Pollyanna to expect reporting without opinion in today’s world ~ but at one time news correspondents and anchors had a semblance of credibility that they were reporting what is and were not trying to sway the American public to a particular viewpoint.  But Pollyanna was tied to the railroad tracks and run over by a figurative train about the time of the Seoul Olympic when a friend who resided in Seoul confided that NBC reporters were encouraging protesters to throw smoke bombs to get a story.  SHAME!

I make my living off the Evening News
Just give me something-something I can use
People love it when you lose,
They love dirty laundry

Well, I coulda been an actor, but I wound up here
I just have to look good, I don't have to be clear
Come and whisper in my ear
Give us dirty laundry

Can we film the operation?
Is the head dead yet?
You know, the boys in the newsroom got a
Running bet
Get the widow on the set!
We need dirty laundry

We can do "The Innuendo"
We can dance and sing
When it's said and done we haven't told you a thing
We all know that Crap is King
Give us dirty laundry!

Posted by Vivian Harrington at 10:36 PM