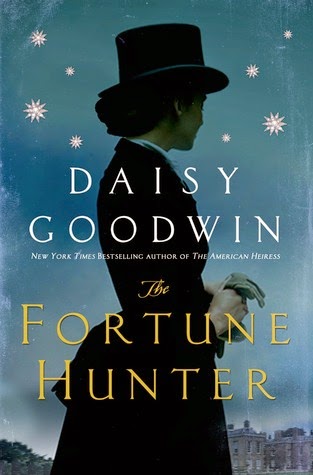 As a member of Bookbrowse.com, I'm occasionally afforded the opportunity to read and review galleys of books before the final edit and before publication. As a result of this privilege I've read some books that I otherwise would never have considered. However, when I applied to read The Fortune Hunter, it appeared to be right up my alley - a book about a young women who dabbled in photography in 1876, appeared to be more independent than most of that age, with a romantic triangle involving the Empress Elizabeth of Austria tossed in for good measure.

I love historical fiction and this book had so much potential to be engaging; but it was not what it could have been.

Many of the book's characters including Elizabeth of Austria and Bay Middleton actually did exist and after reading this novel was compelled to read a bit more of the Empress. However, in this book there was absolutely nothing redeeming about her self-centred personality. I felt no empathy or sympathy for the characters.

Also, as one who has a working knowledge and is a practitioner of 19th Century photographic processes, there were some misrepresentations of the work Charlotte Baird practiced. For example, a photographer did not use a flash outside. A photographic negative made outside in the sun would not have taken a minute during daylight hours and a horse would never remain still long enough for a 60 second exposure. In the 1870's a photographer would have had to transport the large box camera & tripod as well as the dry plates to the Grand National racetrack and probably would not have done that in the rain.

When I read what is essentially an historical romance novel I expect the story to move along at a decent pace as well. With this book I had to put it down for a few days and then come back to it.
The Empress of Austria was, in life, a fascinating woman. But I didn't like her in this book. I did not like Charlotte's brother and fiancee; And Charlotte herself disappointed me.
Posted by Vivian Harrington at 9:39 PM