The Age of Desire: A Novel - Book Review 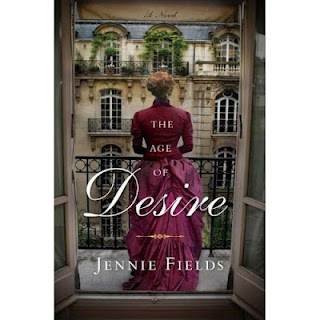 The Age of Desire: A Novel by Jennie Fields

Fans of Edith Wharton will truly appreciate this novel based upon a few of Wharton's years in Paris beginning in 1907 when, at age 46, she first meets Morton Fullerton, a younger man and journalist with the New York Times, who had a reputation as a rapscallion, who had indulged in numerous affairs with older men and women, and was a great friend of the novelist, Henry James. This luscious book includes excerpts from Wharton's diaries and correspondence, which lays bare her heart as she becomes more enamored with Fullerton and increasingly dissatisfied with a marriage that has never fulfilled her. The Age of Desire is aptly titled, in that Fields describes the mid life coming of age of a 46 year old woman who had never experienced physical desire or even thought it possible, and isn't sure she should give in to the desire.

When the novel begins, Wharton is gaining fame as an international literary sensation following the publication of The House of Mirth. Her closest confident is her secretary and former governess, Anna Bahlmann, who had also served as a surrogate mother for Edith, whose own mother, Lucretia Jones, was essentially a social creature with little love for her youngest child. This beautifully written novel tells the story of the unusual love and friendship shared by the two women – Edith from the socially prominent Jones family and Anna an orphan – upon whom Edith came to rely for literary advice.

Wharton husband, Edward “Teddy” Wharton, was from a similar social background; however, the marriage was loveless. Teddy did not share Edith's intellectual and social interests and ultimately, developed a mental illness which became increasingly burdensome for Edith. Edith's estrangement from her husband and her increasing interest in Fullerton provides fodder for disagreements that develop between her and Anna.

From the salons of Paris, to the Wharton's estate (The Mount) in Lennox, MA, to the Vanderbilt's apartment on the Rue de Varenne, to the English countryside, to the small, out of the way cafe's and hotels in Montmartre, The Age of Desire transports the reader back to the gilded age. While the book started out slowly, I become more drawn in and transported to another place and time, where i wanted to dwell. I've no doubt the experiences made it possible for Edith to write what would, in my mind, become her masterpiece – The Age of Innocence. Highly recommended.