21st Century personal development consultants recommend that we worker bees establish a personal brand or logo. Instead, I think I would prefer to re-establish that practice of having a personal badge to affix to my letters, laptop case, emails, texts, and personal documents. 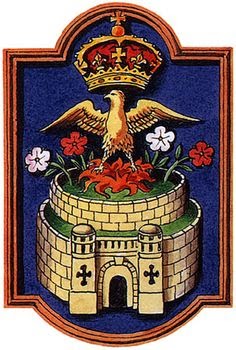 Many noble persons of the late Middle Ages and Renaissance period chose badges or personal emblems that reflected who they were or aspired to be. Followers would often wear the badges to show support for a particular person, house or royal family. As an example, Anne Boleyn used a crowned falcon holding a scepter. 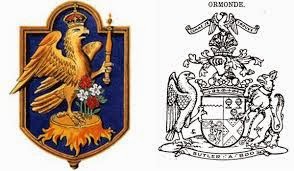 My badge would include at its center the mythical phoenix rising from the ashes to illustrate my resilience. At the tip of one glorious wing the bird would hold a book. Upon the other wing would perch a sleek leather pump with a kitten heel in a brilliant color such as red patent. 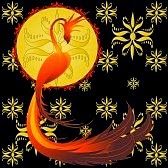 The phoenix is a symbol of the feminine yin, loyalty, honesty, life, and rebirth. To me a badge with the phoenix represents resilience – facing the challenges that life throws in one’s path, getting up, dusting off, and moving forward. I’ve decided that if I ultimately get that smallish tattoo it must have meaning. And a phoenix has significant meaning for me. And it must be colorful – like the golden bird that rose from the ashes to begin its next 500 to 1000 year cycle. Maybe that lengthy life span also intrigues me.
Posted by Vivian Harrington at 9:45 PM