Solidarity For Free Speech – I Am Charlie

The very foundation of a democratic society is based upon certain freedoms  - and certainly the most valued are freedom of speech and freedom of the press. The principals of American life are fomented on the right to express our personal or political views, no matter how unpopular or offensive they may be to others. 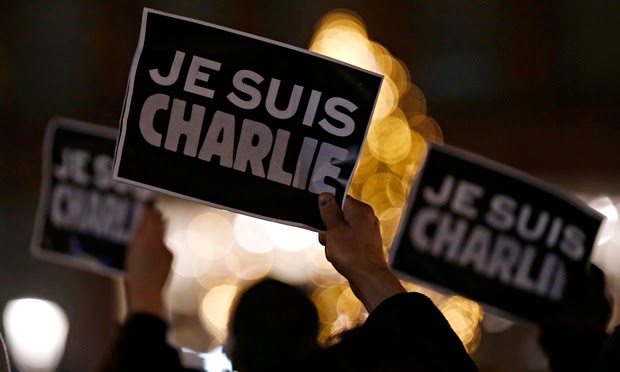 Today in Paris Muslim terrorists who were offended by cartoons lampooning the prophet Mohammed assassinated twelve journalists with the satirical publication “Charlie Hebdo” in  bloodbath. The publication did not limit its satire to Islam or Mohammed. As is often the case with those who use barbed humor to make a political or social statement, “Charlie Hebdo” included caricatures- often tasteless- of politicians, political parties, the religious and anyone holding what the publishers deemed to be extremist views on any subject. 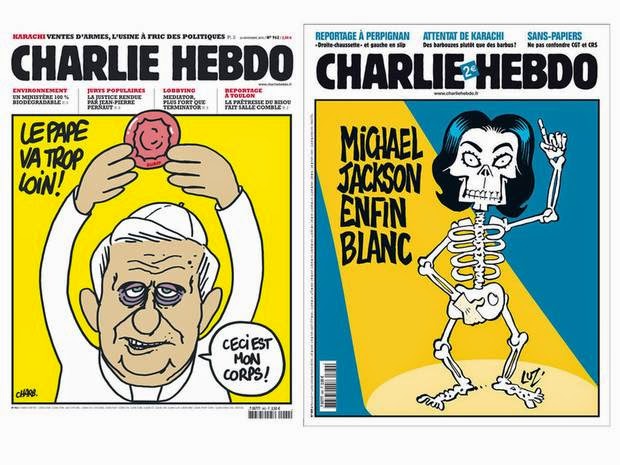 It is true that “Charlie Hebdo” published and distributed cartoons and satirical writing that many people found vulgar and offensive. Personally, I do not find most of the cartoons even nominally amusing. But in a free society one can simply ignore and choose not to read the publications. Civilized people do not kill because they dislike a cartoon.  Civilized people may express indignation, cancel a subscription, line the cat box with the paper or engage in heated debate. However, as a society we do not encourage mass murder when offended by words or pictures.

In a paean to the French government, despite the disdain that many Americans hold for the leftist French who appear to look down on those who are not French, we Americans should celebrate and support a state that upholds the rights of its people to engage in free speech.  Rather than forcing “Charlie Hebdo” to shut down out of fear of retaliation, France instead chose to close embassies and schools in preparation for any potential retaliation by terrorists when the magazine previously published certain provocative cartoons that lampooned Mohammed in 2012. 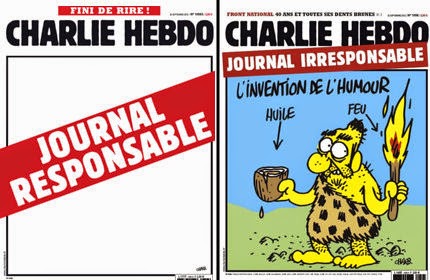 At the very heart, Americans and the French people have similar political ideologies or philosophies. The motto of France, “Liberté, Égalité, Fraternité”
{Liberty, Equality, Brotherhood} was born of the revolution and resonates with French citizens just as we Americans hold dearly Patrick Henry’s speech to “Give me liberty or give me death”.  Even today more than 64,000 citizens have chosen the license plate with the motto that predates our own Revolution - “Don’t Treat On Me”

So I choose to stand with those who support liberty. I do not have to agree with you; but I will defend your rights of free expression. 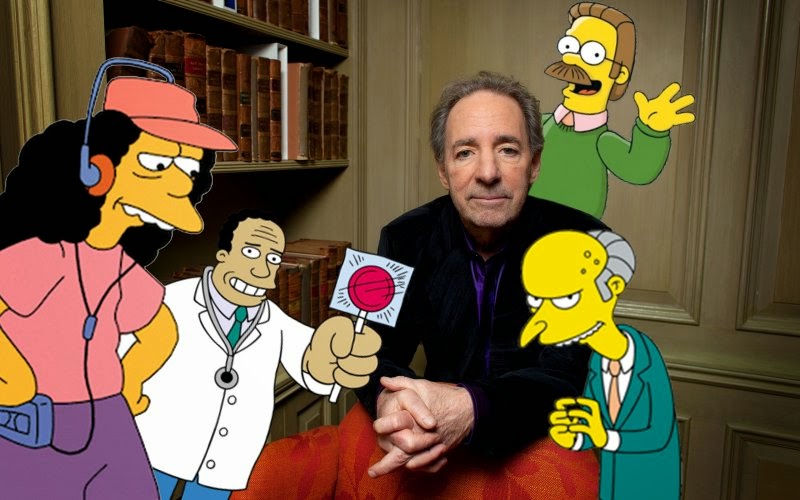 Let us give support to those with the courage to stand by their convictions.

Posted by Vivian Harrington at 11:05 PM